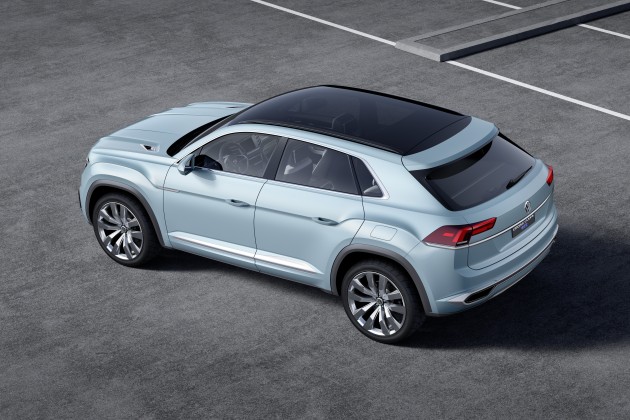 Volkswagen wants to become the biggest automaker in the world, but it’s having some trouble making inroads in America (which is understandable – is has only been here for a mere 60 years). One of the main reasons for the brand’s stateside sales woes is the lack of a true VW Sport Utility Vehicle. Well, this morning the company took a step towards remedying by debuting the VW Cross Coupe GTE concept at the Detroit Auto Show. 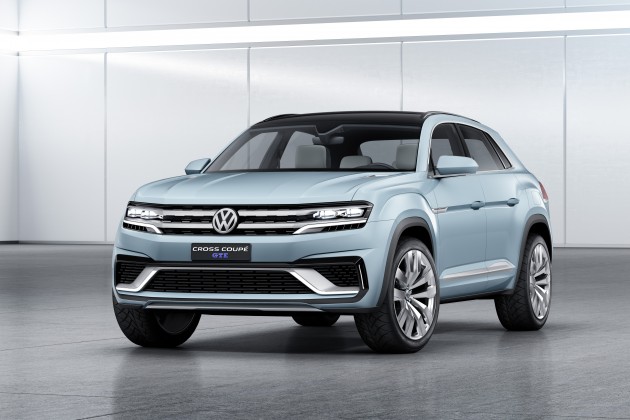 A mid-size SUV with a plug-in hybrid drivetrain, the VW Cross Coupe GTE is equipped with a 276-horsepower 3.6-liter V6 FSI engine paired with two electric motors for a total 360 hp and 280 pound-feet of torque. The GTE also features a six-speed dual-clutch transmission and all-wheel drive. 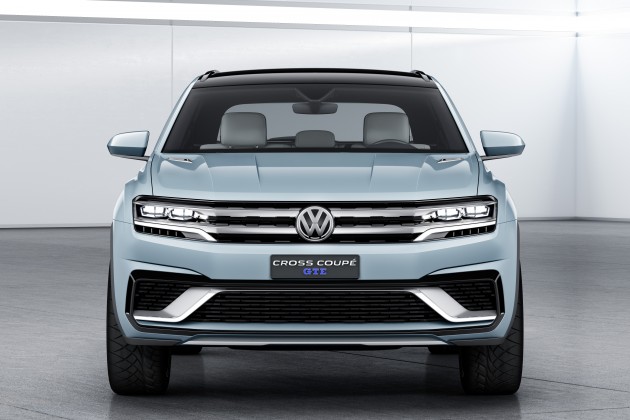 This concept is a five-seater, but the eventual production model mid-size SUV will hold seven. That model will begin being built at the Chattanooga plant in Tennessee at the end of 2016. Although that model will be obviously be longer, Volkswagen says it will have the same face as this concept. 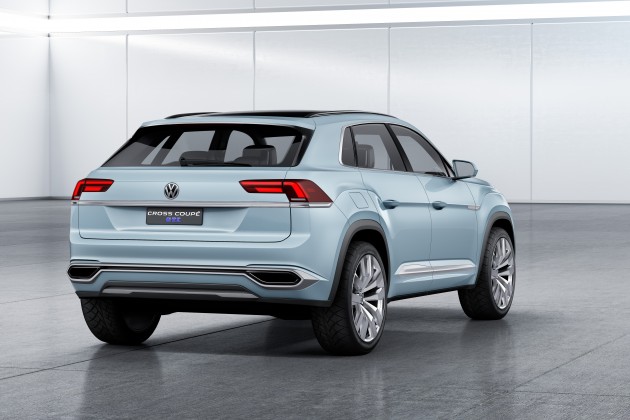 The VW Cross Coupe GTE concept can drive for up to 20 emissions-free miles in pure E-Mode, and can accelerate from 0 to 60 mph in just six seconds flat.

“The Cross Coupe GTE is the ambassador of a new design language developed by Volkswagen for the US,” said Klaus Bischoff, chief designer at Volkswagen. “The concept car has a commanding presence; it is powerful with a look that could almost be described as aggressive.” 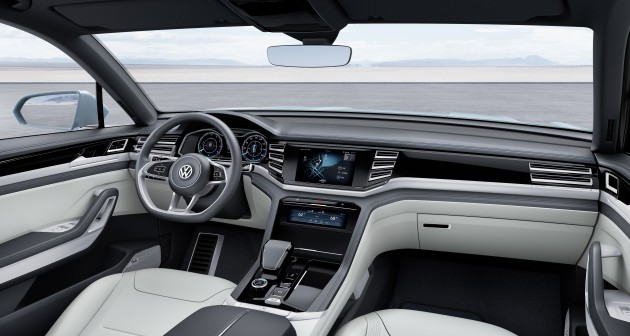 “Numerous details hint at how we envision a future production SUV model for North America. The underlying concept combines German engineering and design with a vehicle that suits the American lifestyle. That means high efficiency, clear and powerful design, logical operation and supreme quality—combined with lots of space, superior performance, and outstanding comfort.”