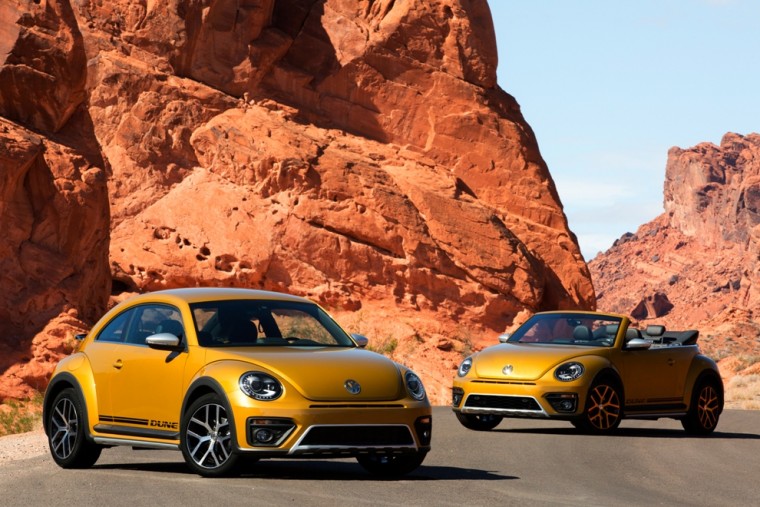 With everything going on at VW, you would be forgiven for thinking that the automaker is just a bit too busy to worry about the LA Auto Show. You would be wrong, though. This week, VW proudly rolled out the 2016 Beetle Dune, a tribute to the original classic Baja Beetle, which will go on sale to the public early next year. It is the production version of the Beetle Dune Concept that made its debut at the North American International Auto Show in 2014.

The production Beetle Dune will be available as both a convertible and a coupe, and features a more aggressive and sporty look than other 2016 Beetle cars, thanks to a new front and rear fascia and black wheelarch extensions. Other additions like a black honeycomb screen on the central air intake and Dune themed graphics help the vehicle stand out. The golden color shown off at the LA Auto Show is a different take on the bright yellow paint featured on the original Baja Beetle. Buyers will be able to choose from Sandstorm Yellow, Pure White, or Deep Black Pearl when outfitting their own car.

Take a look at the Beetle Dune in our gallery: 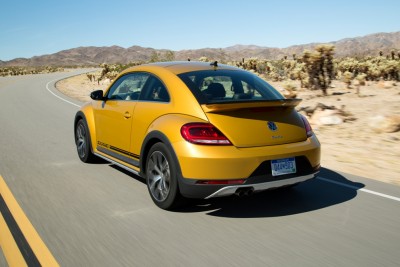 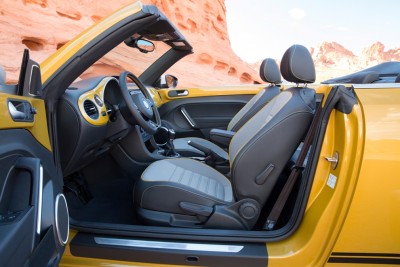 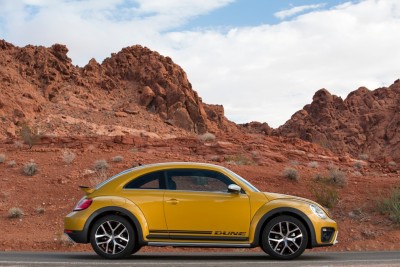 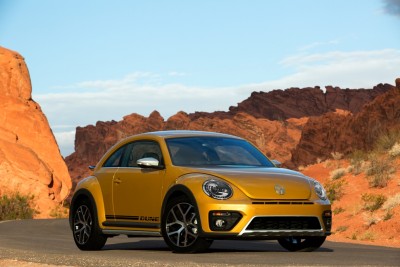 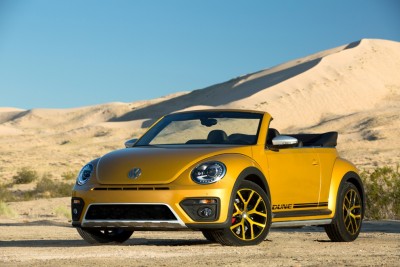 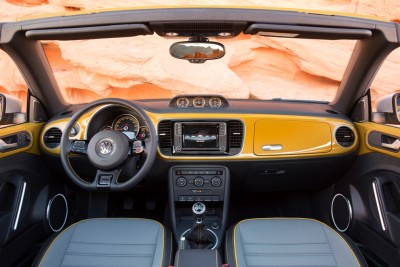 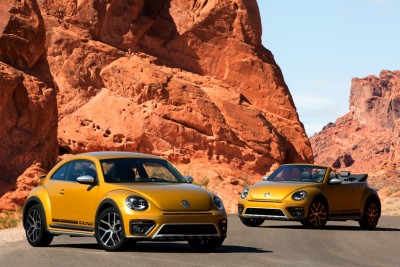 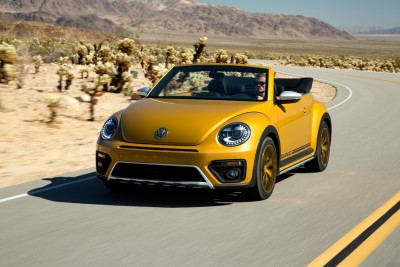 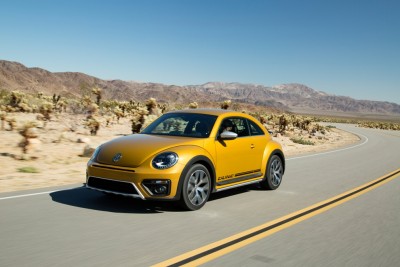 When the 2016 Beetle Dune hits the market, it will still come with the same advanced features drivers expect with a VW Beetle, such as USB connectivity and VW Car-Net® App-Connect technology. New for 2016, the whole model line will have available Park Distance Control and a technology package. 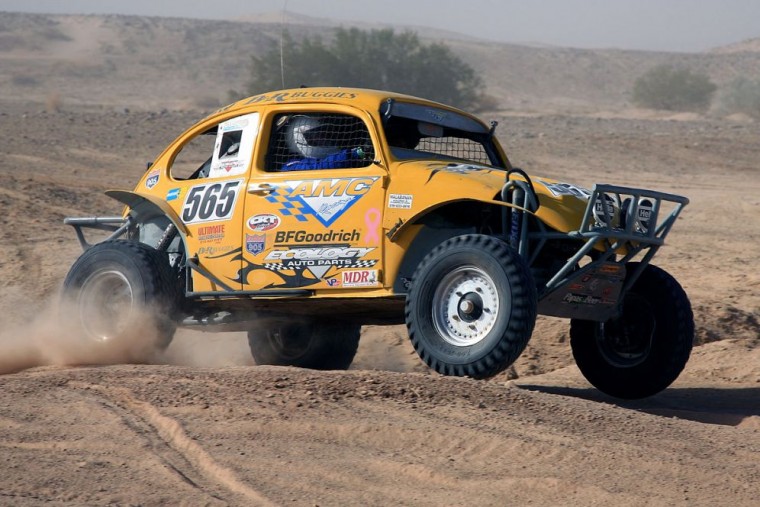 While the current VW Beetle is a very sleek shape, the Baja Beetle it’s emulating is a very rugged vehicle. This special edition is very sharp, but it’s not really screaming out for it to be taken on an adventure in the same way as the original model. It’ll be fun to see how VW Beetle owners outfit this special edition before taking it out on the road.