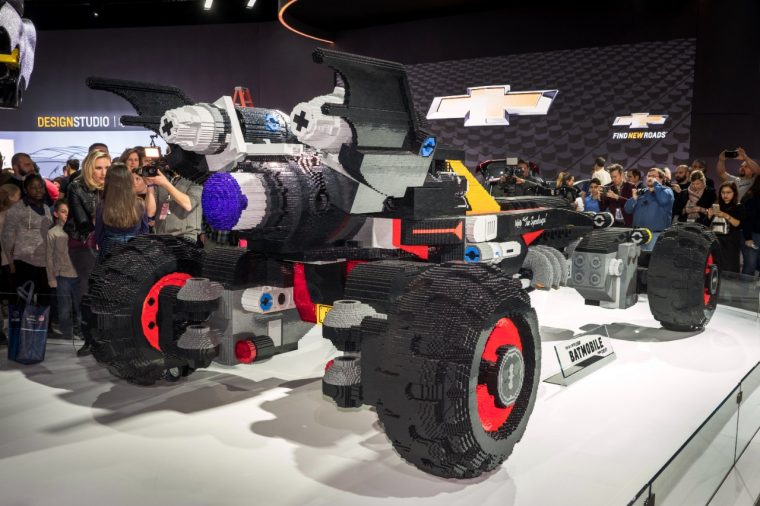 When Chevy unveiled the life-size LEGO Batmobile it had built to promote the upcoming LEGO Batman movie, the American automaker touted the amount of blood, sweat, and bat-tears that had gone into the project. According to Chevrolet, it took a combined 2,055 hours to put together the 344,187 LEGO bricks that make up the vehicle (222 hours to design and 1,833 hours to assemble).

If you were to watch the build from start to finish, it would take you… well, 2,055 hours. Or, to put that another way, just about 12 weeks and a day.

To quote an old meme, ain’t nobody got time for that.

So, for your convenience, the bowtie brand has released this time-lapse video, which shows the toy comic book car’s construction, but in fast-motion. Enjoy:

The Chevy LEGO Batmobile, which debuted in Detroit at the North American International Auto Show, was built at the LEGO Model Shop in Enfield, Connecticut.

Some other LEGO Batmobile “Fast Facts” revealed by the automaker include:

The Batmobile was also featured in a clever commercial for Chevy/The LEGO Batman Movie, which presented a computer-animated variation on the brand’s “Real People, Not Actors” ad campaign.

Check out our “Batmobiles Through the Years” infographic, including the all new LEGO Batmobile.