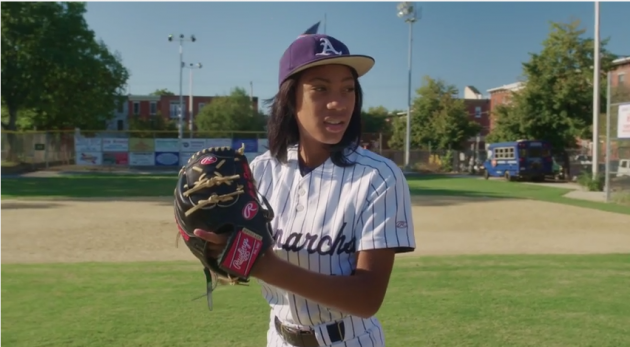 A still from the new Mo’ne Davis Chevy commercial, which aired last night during the World Series opener on FOX

If you watched game one of the World Series last night (and are not from the Bay Area), you probably had a bad time. The San Francisco Giants pummeled the loveable Kansas City Royals 7-1, and the blowout game did not make for very compelling television. One redeeming aspect of the broadcast, though, was the premiere of a new Mo’ne Davis Chevy commercial, which showcased the breakout star of this year’s Little League World Series. Check it out:

Directed by filmmaker Spike Lee, the ad features Mo’ne in her hometown of Philadelphia, discussing how she had the “greatest summer of [her] young life” this year when she became the first girl to pitch a shutout game in Little League World Series history. Mo’ne became a bona-fide celebrity after her dominant performance, with All-Star Game MVP Mike Trout tweeting a shout-out to the 13-year old player (poor Trout probably never thought she would end up getting more airtime than him during the real World Series, though). In August, she became the first Little League player to grace the cover of Sports Illustrated.

The ad concludes with the words, “Chevrolet celebrates Mo’ne Davis and those who remind us that anything is possible.” 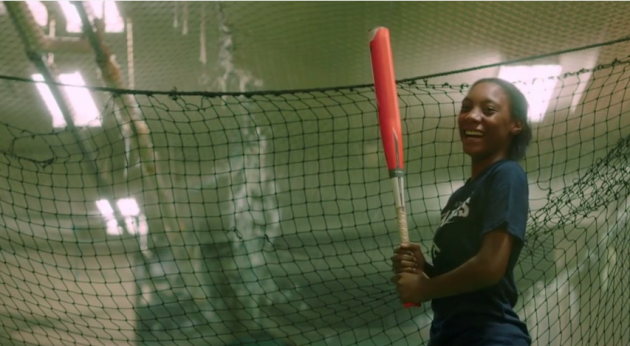 Chevrolet also produced a 17-minute short film (below) about Mo’ne, which features interviews with her family, her admirers, and her Anderson Monarchs coach Steve, who discusses her prodigious athletic ability (her first love is basketball, and apparently she’s an even better point guard than a pitcher, which is pretty remarkable).

Mo’ne’s rise from South Philly public school student to national megastar is an inspirational story for girls (and boys) of all ages. The video, also directed by Lee, is well-worth the look, especially if you’re a baseball or sports fan. Also, at the end, she does that thing from Rocky where she runs up the steps of the Philadelphia Museum of Art, and it’s pretty damn cool.