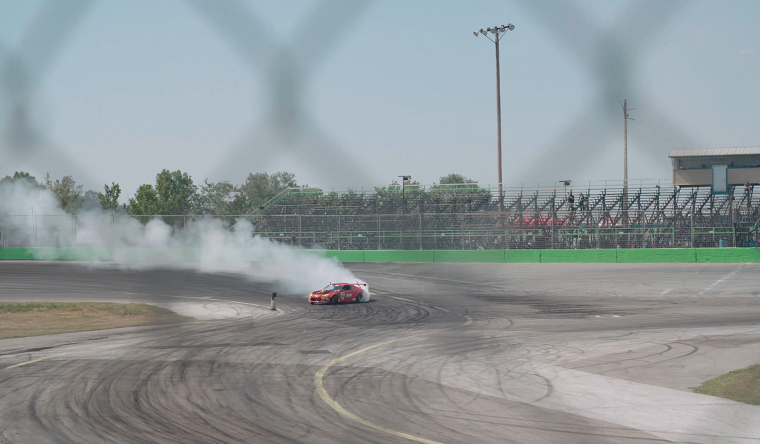 When Ryan Tuerck decided to take out the stock 2.0-liter four-cylinder out of a Toyota 86 and replace it with none other a V8 engine straight out of a Ferrari 458, we were all entertained at the challenge and how the build progressed.

Now that the car is done, the Toyota GT4586, as it is now apparently called, is the gift that keeps on giving. We knew the car would be used for drifting—after all, Tuerk is a professional drifter who used to drift a similarly insane engine-swapped Scion FR-S—and we saw it early on doing donuts around an actual Ferrari 458.

But the games are over—now the real competition begins. Tuerk has already participated in two rounds of the 2017 Formula Drift championship this year, first at Long Beach and most recently in Orlando, and it turns out the Toyota GT4586 is more than just a crazy build—it’s also crazy good.

Tuerk went all the way to the semi-final bracket at Long Beach and the quarter-final bracket in Orlando, and currently sits third in the overall championship standings out of 29 drivers, with six more rounds to go. Of all the manufacturers represented, it seems Toyota knows a thing or two about making cars that can drift, as the Japanese automaker currently leads the likes of Ford, BMW, Dodge, and Nissan by quite a hefty margin.

But as with all things cars, it’s better to show than to tell. Check out the Toyota GT4586 in action in the video below to see just why no one can take their eyes off Tuerck when he starts to hoon it.