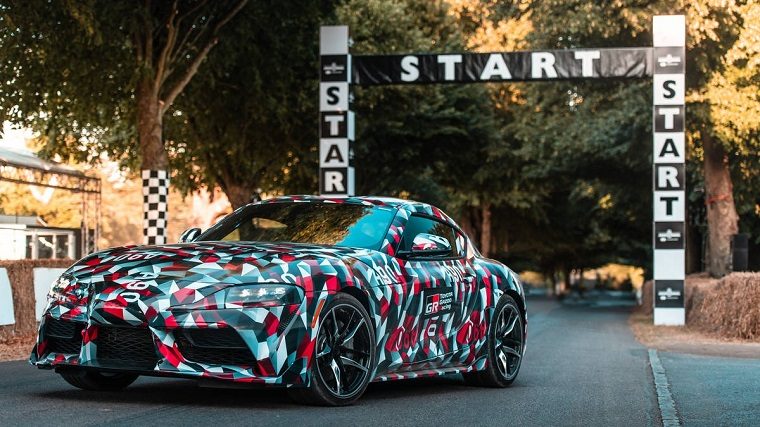 Just in case you still weren’t ready to fully believe Toyota was making a new Supra — and who could blame you, given the uncertain nature of the rumors that have been circulating for years — you may finally want to change your mind.

The new Toyota Supra, or the Toyota A90, has made its official world debut at the Goodwood Festival of Speed with a demonstration run up the famous hill. Unfortunately, the car was still in full (though gorgeous) camouflage livery, preventing us from getting a true look at its design.

The man behind the wheel was also definitely not pushing the Supra to its limits, only just enough to let the flat-six turbo engine sing a little. According to the Goodwood presenter, the car will have around 350 horsepower and will weigh about 1500 kg, or 3300 lb.

This corroborates a previous report that the car would produce 345 hp and 369 lb-ft of torque. We also know that power will be driven to the rear wheels through a dual-clutch automatic gearbox, and that GRMN will eventually build a more powerful variant of the car.

It is also speculated (yes, more rumors, but we’ll get concrete details soon) that a 2.0-liter turbo will serve as the entry-level engine and deliver 248 horsepower; and that with the V6, the Supra will accelerate from zero to 62 mph in only 4.5 seconds.

Given the (also unconfirmed) price of approximately $63,000 for the V6 model, that kind of performance seems about in line with the existing competition.

Need to Know: Important summer maintenance for your car