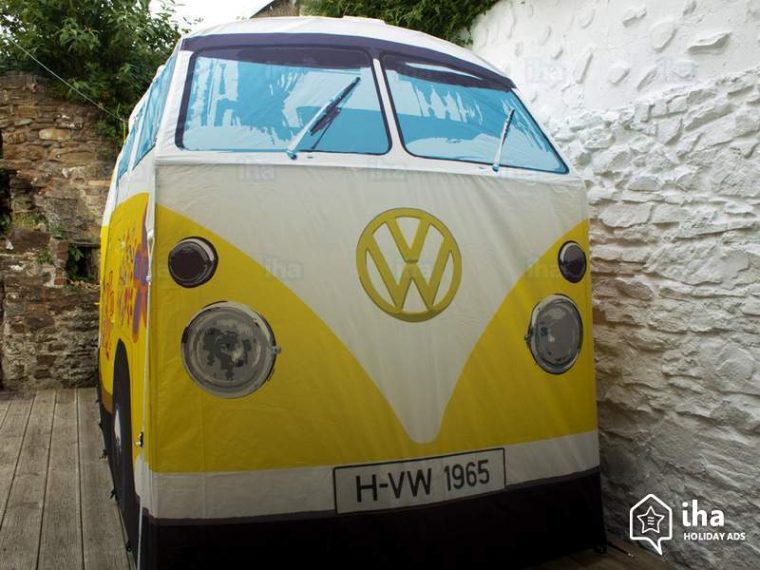 The 1960s were the perfect time to be alive, especially if you are a VW fan. These years were the heyday of good music, free love, the Volkswagen Beetle, and the Volkswagen Bus. Fans of the Beetle can still purchase the model in its modern version in 2016, but as of right now VW Bus fans in the United States have to hunt for used models and hope that they don’t require thousands of dollars of repairs to make them ready for the road.

Pull Over: Check out the meaning of common dashboard indicator lights

One of the reasons the VW Bus was (and still is) so popular is because it is a great vehicle to take a road trip in. Its large size means that you can take friends with you, but if the group is smaller (and you’re a bit ambitious with car interior design), it is very easy to turn the VW Bus into a convenient camper. A company called The Monster Factory recognized this awesome quality about the vehicle, and decided to give people a way to recreate the VW Bus camping experience with their big camping tent.

The tent, called the VW Volkswagen T1 Camper Van Adult Camping Tent on Amazon, is shaped like the iconic vehicle, and comes in at least five colors: blue, orange, red, green, and yellow. The tent is divided into two “rooms,” with mesh netting in between the two areas.  The manufacturer claims that it can sleep four people, but several reviewers say that it’s better for two campers. If a camp bed of any sort is used, the space could become limited to just one bed.

Shiny And New: Learn more about the new VW training and distribution centers

This tent retails for about $350, which is a bargain compared to the cost of finding (and repairing) a vintage VW Bus. You would certainly be very popular at the campground, with everyone wanting to see your unique tent.