What Is Mazda Drive for Good? History of the Annual Charity Drive 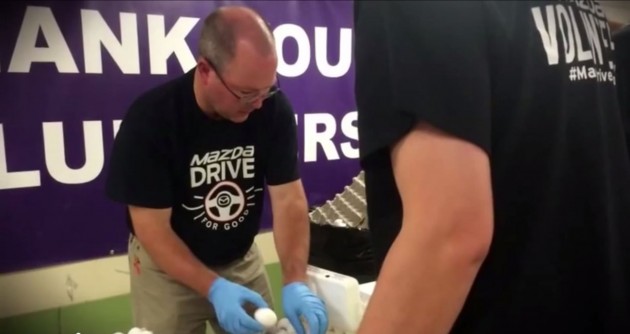 Through Mazda’s Drive for Good, tens of thousands of volunteer hours are spent in communities
Photo: Mazda USA via YouTube

As a way to make a difference in the community, Mazda North America has started an annual giving campaign.

In addition to donating a portion of every vehicle sold to the Mazda Foundation (which has raised more than $8 million since 1992), Mazda North America runs an annual charitable event called Drive for Good (also called Drive 4 Good).

What sets Mazda Drive for Good apart from other initiatives is the pledging of volunteer hours to provide local, hands-on support in communities.

Origin and Impact of Mazda Drive for Good

The Mazda Drive for Good winter charitable initiative began in 2013. During the first campaign–which ran from November 25, 2013, through January 2, 2014–Mazda donated $100 to a charity for any new Mazda vehicle sold or leased. The four national charities offered were the American Heart Association, St. Jude Children’s Research Hospital, the Mazda Foundation, and the American Red Cross–as well as 32 local charities. Also, one hour of community volunteer work was pledged for every test drive of a Mazda vehicle.

The result of the inaugural event was $2,751,700 raised and 56,435 hours of charity work to be completed by company and dealership employees.

For the second year of Mazda Drive for Good, it teamed up with NBCUniversal to expand the reach of the campaign. Donations to national and local charities increased from $100 per new vehicle sold/leased to $150, and the number of local charities supported increased from 32 to 44, including groups like the Ronald McDonald House, Annual Disaster Giving Program (ADGP), and animal rescue facilities.

Winter 2015 will be the third year of Mazda Drive for Good. Look for updates later this year and keep tabs on Twitter hashtag #MazdaDrive4Good.