What Would They Drive: Inside Out 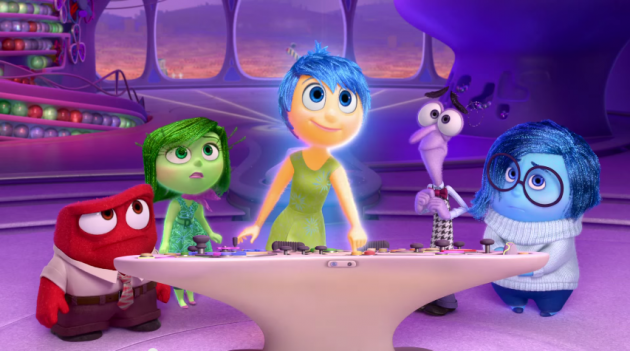 The Inside Out team at the console
Photo: Disney•Pixar

The latest animated offering from the minds at Pixar, Inside Out, opens this weekend, and I was very excited to see it at the “Insider Access to Inside Out” event. An incredibly original movie in this summer’s ocean of sequels and reboots, the film explores how our emotions control our actions (literally, in the case of Inside Out) and what it means to grow up. I’ll stop there, because I don’t want to spoil anything, but remember that is the same studio who brought you Up and Toy Story 3. Bring tissues.

Since this story is all about growing up, what’s more of a rite of passage into adulthood than getting your driver’s license? The main character, Riley, isn’t quite 16 yet, but it still made me think. What cars would the star emotions drive? Check out the list, and let me know in the comments if you think of a different car for this unique cast of characters! 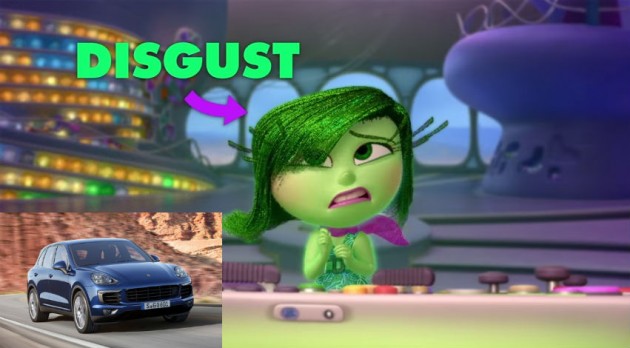 Disgust, voiced by Mindy Kaling, is the personification of a teenage attitude problem. According to Joy, “She basically keeps Riley from being poisoned, physically and socially.” Disgust is the perfect Porsche Cayenne driver. Porsche is known as one of the greatest luxury manufacturers on the road, so Disgust would love driving a car that’s better than all the rest. As a crossover, it’s big enough to fit all of her friends (or mall purchases), but it’s still outfitted with a sports car’s top-of-the-line finishes, like wood and leather.

Related: Behind the Badge: Revealing the Historic Porsche Crest’s Inspiration 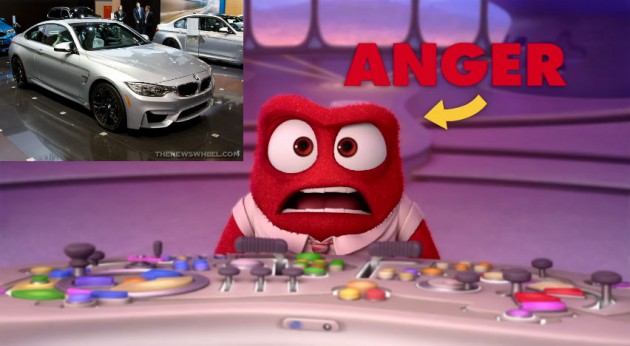 Anger, voiced by Lewis Black, is literally the hothead of the group, since his head bursts into flames like a volcano when he is especially mad. When he takes the controls, Anger is quick to act and sometimes regrets that later. That makes Anger the quintessential BMW M4 driver! A recent study has shown that BMW drivers are more likely to experience road rage than drivers of any other brand. The BMW M4 is also a performance car, which means that Anger could put the pedal to the metal and get the speed he desires.

Related: Road Rage Statistics: Who Experiences It Most and Why It’s Dangerous 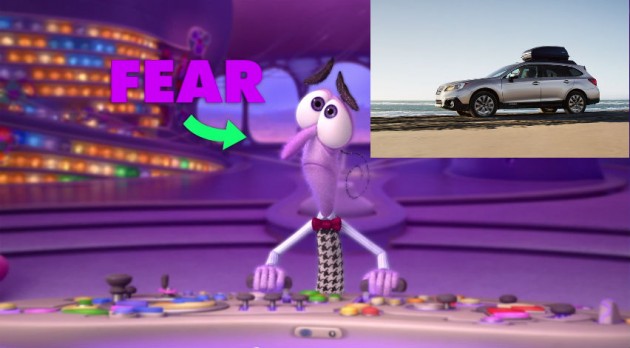 Fear is a tall and hyperactive personality voiced by Bill Hader. As the name suggests, he’s quite the scaredy cat, but his fear is what helps keep Riley cautious and safe when needed. He’s also known to pass out when a spider is near. Fear would absolutely appreciate driving a Subaru Outback! It’s a versatile vehicle that’s ready for what life throws at you, and it is also one of the safest cars on the road. The 2015 model is an IIHS Top Safety Pick+, achieving the top rating on all crash tests and a superior rating for front crash prevention with optional equipment. Fear might actually be able to calm down behind this wheel! 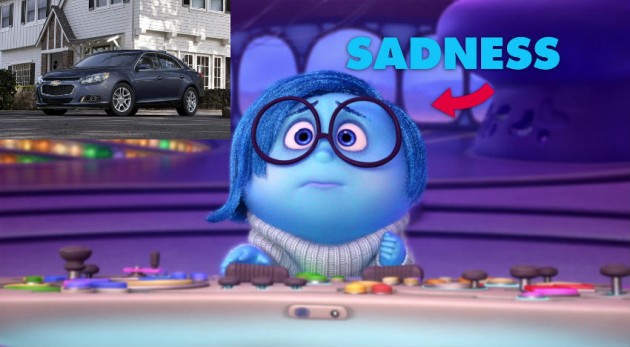 Sadness is there for you when life gets you down. Voiced by Phyllis Smith, poor Sadness is the one in the control room that is barely tolerated. If Sadness could pick herself up off the floor, I believe that she would drive home at night in a Chevrolet Malibu. Resting awkwardly between the Chevy Cruze, a darling of the compact sedan market, and the Chevrolet Impala, the brand’s flagship sedan with an impressive history, the Chevrolet Malibu is often overlooked and forgotten. There, there, Sadness, it will be okay. At least you’re driving an IIHS Top Safety Pick! 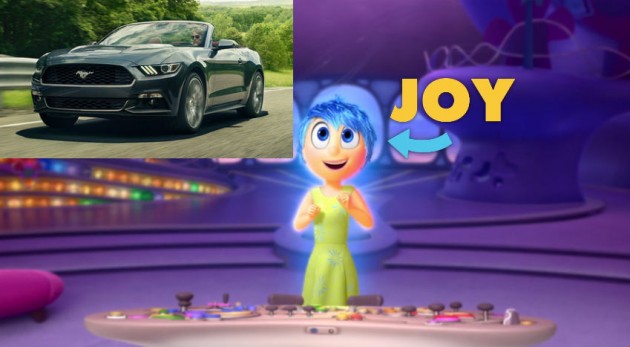 Joy, voiced by Amy Poehler, takes control when everything is going right. She’s a glowing personality (literally) who is full of energy and is there to celebrate the happiness in life with you! That’s why Joy would probably drive a 2015 Ford Mustang convertible (in yellow, of course). While there are many great cars that are fun to drive, the Ford Mustang is a staple in our popular culture. Fresh from its 50th anniversary, the Ford Mustang represents the freedom of the American road, and isn’t that just pure Joy?