Where to Eat During the 2017 Chicago Auto Show 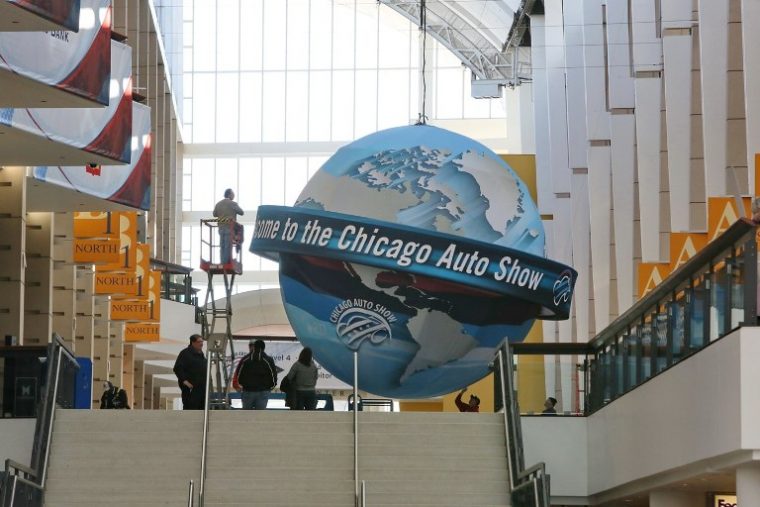 If you’re coming into town for the 2017 Chicago Auto Show, you may get a bit hungry. Well, good news—you’re in Chicago!

Chicago is a city that, as beloved local paper The Onion has noted, has a hearty appetite. The Windy City is known for pizzas that are way too thick, hot dogs that have way too many toppings (though NOT ketchup), and a marvelous, unpronounceable concoction known as “giardiniera.”

There are too many iconic restaurants to list, so we’ll just focus on the ones close to McCormick Place, home of the nation’s largest auto show. Here are our recommendations for where to eat during the 2017 Chicago Auto Show.

McCormick Place is actually very close to Chicago’s Chinatown, meaning that auto show attendees have relatively easy access to cheap knockoff handbags and really good Chinese food. And if you have a large group, you may enjoy dim sum dining, which is sort of like the Cantonese version of a tapas restaurant—bite-sized dishes served in small steamer baskets. Triple Crown Restaurant is a large, casual, and excellent dim sum eatery situated in a perfect location (right next to the red line train, only a mile west of McCormick).

It’s also open really late (12am Mon-Thu, 2am Friday and Saturday), making it the perfect place for those midnight shrimp dumpling cravings.

Chicago’s most famous deli, Manny’s Coffee Shop & Deli, has been an institution since settling into its current location in 1964. Two and a half miles northwest of McCormick, this old school cafeteria is famous for ridiculously stacked corned beef sandwiches that have attracted many fans, including former President Barack Obama. Auto aficionados will appreciate the fact that Steve Harvey and Jerry Seinfeld once visited the deli in a ’57 Chevy Bel Air on the latter’s Comedians in Cars Getting Coffee series.

Manny’s also has a second location located on Concourse A of the New Midway Airport, if you’re thinking of grabbing a bite before your flight out of town.

When it comes to deep dish pizza, Chicagoans are divided between two popular chains: Giordano’s and Lou Malnati’s. As the official slice of the Chicago Cubs, Giordano’s may get a little more national exposure, and we tend to prefer it, as well. It’s a bit cheesier and more decadent than Lou Malnati’s, which has a flakier crust that some prefer.

If you’d like to try them both and pick a side, there is a Lou Malnati’s location just a little further north of Giordano’s, at 805 South State Street.

These are just three highlights. The list of great restaurants near McCormick should also include local fried chicken chain Harold’s Chicken Shack, gourmet burger joint The Burger Point, beloved bar/restaurant/music venue/record store Reggie’s, and many others. Enjoy the auto show, and happy eating!

The News Wheel is live tweeting, Instagramming, Facebooking, and more from the 2017 Chicago Auto Show. Follow The News Wheel on social media to stay up-to-date on all things CAS 2017.