Who is Ben Baller, and Why Does He Have So Many Cool Cars?

When celebrities need a new iced-out grill, chain, or watch, Ben Baller is the man they turn to. Everybody from Drake to Justin Bieber and even the late great Michael Jackson have all purchased expensive jewelry designs from Baller, and when you discover more about his past, it all starts to make sense.

Baller worked in the music industry for more than a decade before joining his family in the jewelry business. Baller formerly produced records with hip-hop legend Dr. Dre and actually has more than 20 platinum album credits to his name. Baller used those music industry connections and turned them into a wealthy list of celebrity clients, who can’t get enough of his Icee Fresh jewelry designs.

Automotive Evolution reported back in 2014 that Baller has a net worth of $15 million. With that type of money, Baller has accumulated a rather sizable collection of premium vehicles. Below are five of the coolest cars from Baller’s official Instagram page…

Celebrity Rides: Check out these 5 celebrities who surprisingly own Jeep Wranglers 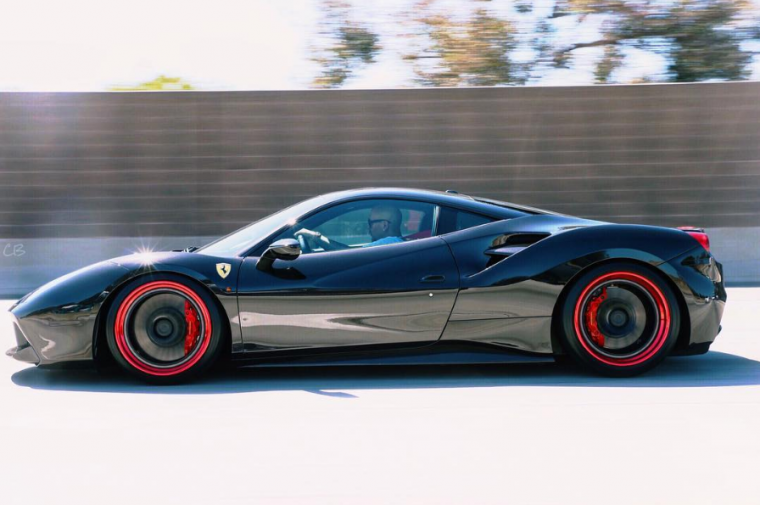 The Ferrari 488 GTB comes standard with a 3.9-liter twin-turbo engine that’s rated at 661 horsepower and 561 lb-ft of torque. Paired with a seven-speed dual-clutch transmission, this powertrain helps propel the Ferrari 488 GTB from 0 to 60 mph in a mere three seconds, and it can reach a top speed of 205 mph. Baller took his new Ferrari to Platinum Motor Sport, where they installed a Novitec race suspension and Capristo exhaust. For even more personal flare, Baller added ADV15R trackspec CS wheels to his Italian-made supercar. 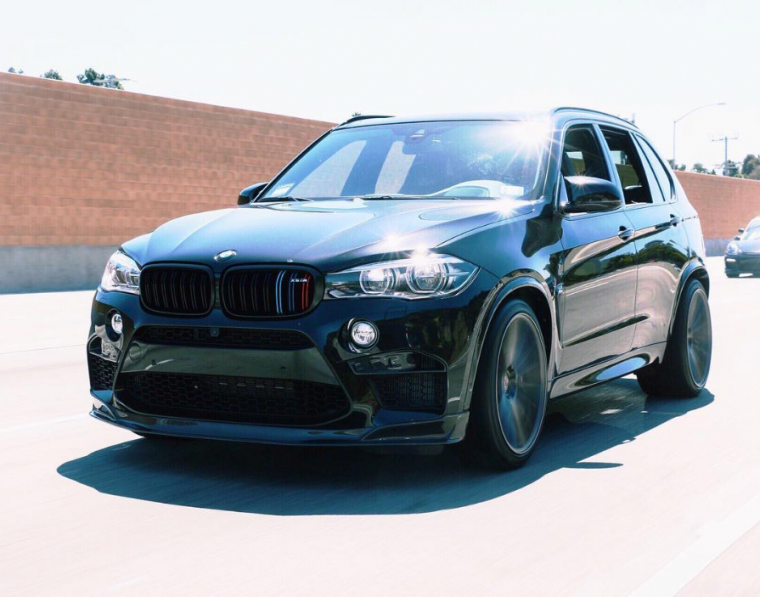 The BMW X5 M might not look as fierce as Baller’s Ferrari 488 GTB, but don’t let its outward appearance fool you. Underneath the hood of this BMW is a 4.4-liter TwinPower Turbo V8 engine that’s good for 567 horsepower and 543 lb-ft of torque. The BMW X5 M can reach 60 mph in just four seconds, and it’s M-tuned xDrive all-wheel drive system makes sure it grips the road tight in any type of weather conditions. Being the artist that he is, Baller added distinctive forged wheels and a custom exhaust system to his high-performance SUV. 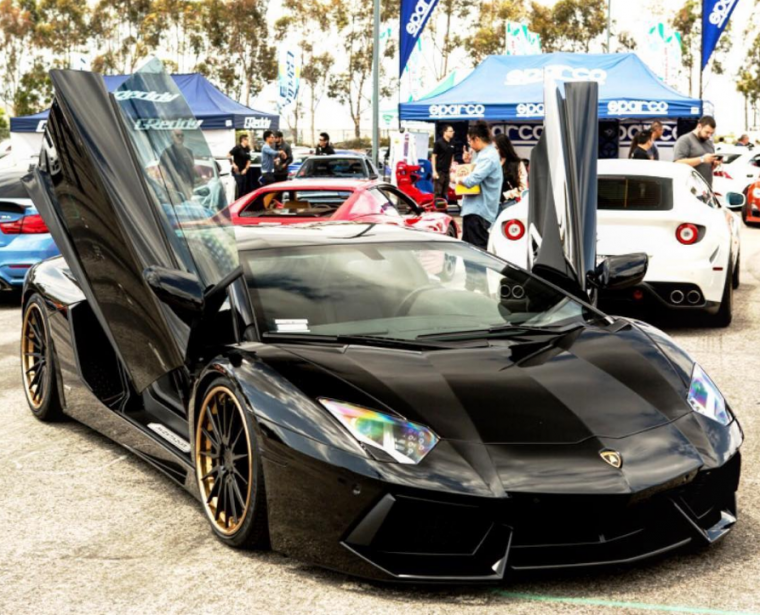 Mr. Baller was the envy of southern California when he first took shipment of his Aventador LP720-4 50th anniversary edition. With only 100 of these supercars produced, Baller’s special-edition Aventador distinguished itself from the standard car via its elite aero package, which increased the vehicle’s aerodynamic efficiency by more than 50%. This Aventador LP720-4 also features a naturally aspirated 5.5-liter V12 motor that pumps out a whopping 710 horsepower. That massive power rating allowed this Lamborghini to rocket from 0 to 60 mph in three seconds. It could also hit a top speed of 217 mph, but all that horsepower didn’t stop Baller from selling the Lambo. 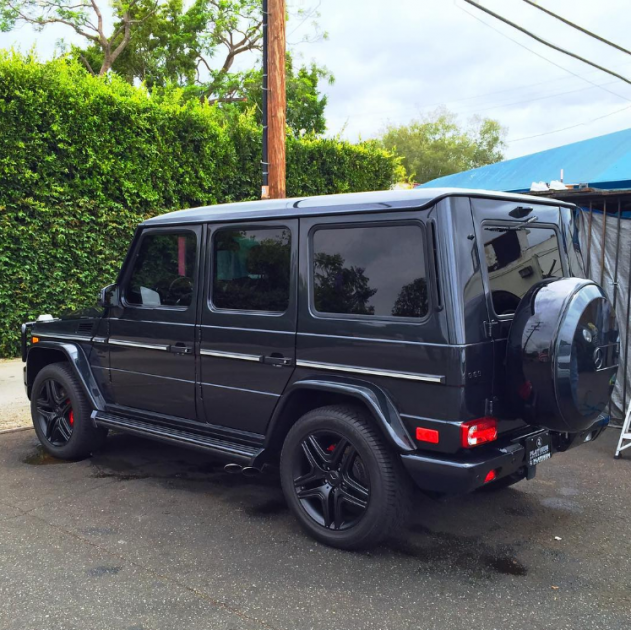 The Mercedes-Benz G-Class is a favorite in southern California among the Hollywood elite. Everybody from Iggy Azalea to Ayesha Curry owns a G-Wagen, but Baller took it to another level by opting for the high-performance AMG G63 model. Despite weighing three tons, the Mercedes-AMG G63 can reach 60 mph in just 5.3 seconds thanks to its 563-horsepower biturbo V8 engine and AMG-tuned seven-speed automatic transmission. As with all of his vehicles, Baller needed to add his own personal touch, so he replaced the factory 20-inch wheels with custom-built Agetro Wheels from Platinum Motor Sport. The only flaw of the AMG G63 is its weak EPA-estimated fuel efficiency of only 13 mpg combined, but Baller and his $15 million can certainly handle that. 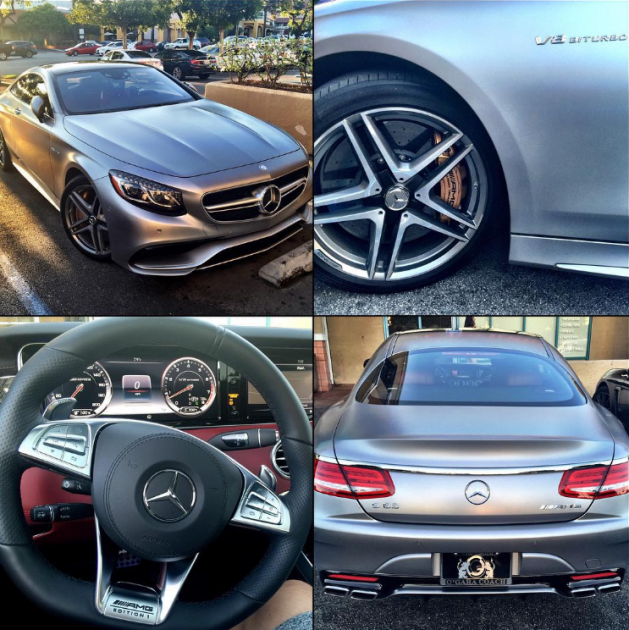 The Mercedes-Benz S63 coupe is just one of Baller’s pricey rides
Photo: @BenBaller

At first glance, the Mercedes-AMG S63 may look like one of Baller’s more modest cars when you compare it to his Ferrari and Lambo, but that’s until you realize the 2016 model carries a starting MSRP of $163,150. The AMG S63 also features a high-tech and luxurious interior that offers real leather upholstery and genuine wood accents, as well as advanced entertainment equipment like a Burmester high-end 3D surround sound system. In addition, this extravagant Mercedes coupe comes with a handcrafted 5.5-liter AMG biturbo V8 engine good for 577 horsepower and 664 lb-ft of torque, which allows the machine to reach 60 mph in less than 60 seconds. Needless to say, Ben Baller has one ballin’ car collection.