Who is Flo from Progressive?

In the world of television commercials, there are a few women who stand out. Toyota Jan has quite the fanbase on the internet, while Flo from Progressive has become a mainstay during commercial breaks. But even though we see these women every day, how much do we really know about them? If you’re a Toyota Jan fan, head over to our Toyota Jan 101 page; if you prefer Flo, then read on to learn about the woman behind the red lipstick. 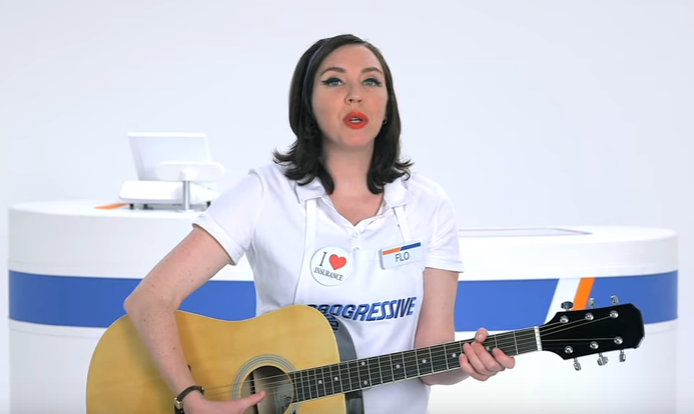 Who is Flo from Progressive?

Courtney attended Binghamton University, where she studied English and was very active in the performing arts scene. After graduation, she moved to New York City and secured a place in an acting class at the Neighborhood Playhouse, where she studied acting for two years.

After a few years working in NYC, Courtney had the chance to move to Los Angeles and perform stand-up comedy. This led to her involvement with comedy group The Groundlings, with whom she studied before joining the main company. Eventually, she landed a role in her first commercial for Bud Light, which aired during the Super Bowl in 1999.

Once her first commercial aired, Courtney did more commercials for big names like McDonald’s, Quaker Oats, Skittles, and Toyota (yes, she almost became Toyota Jan). This opened the door for her long-standing gig with Progressive. After booking the job, she shot her first Progressive commercial as Flo in 2007, and the rest is history.

Commercials Aren’t Her Only Gig

In addition to becoming the face of Progressive, Stephanie Courtney has been in around 30 TV shows since 1998. Her roles have included parts in Mad Men, 2 Broke Girls, Angel, and Mr. Show with Bob and David. On top of these television roles, Courtney has appeared in several movies, including The Heartbreak Kid, For Your Consideration, and The Brothers Soloman.

In a series of commercials, Stephanie Courtney shows off her comedic skills by playing Flo’s entire family

She’s Funnier Than You

As previously mentioned, Stephanie Courtney got into stand-up comedy while auditioning for parts in New York and Los Angeles. Back in 1996, a friend of Courtney’s asked her to perform on a show called Newborn Comics – Actors Who Stand Up! She had to perform a six-minute routine, for which she had only two weeks to prepare. From the very beginning, Courtney felt much more comfortable performing stand-up comedy rather than acting.

Stephanie Courtney’s former membership of The Groundlings puts her in a group with a number of well-known comics, including Will Ferrell, Kristin Wiig, and Melissa McCarthy. 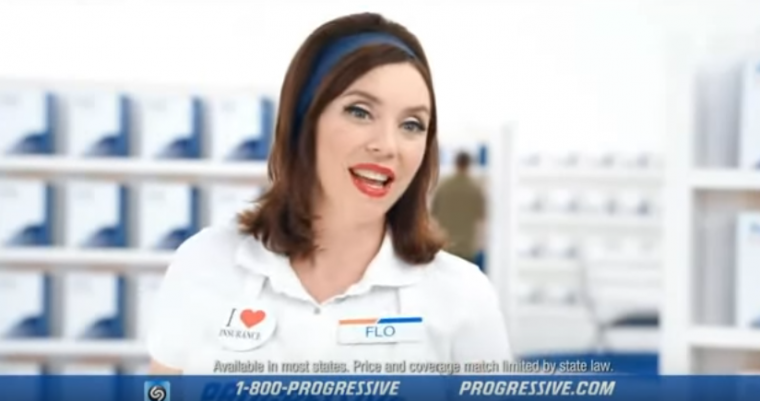 Toyota Jan gets all the glory for being the ultimate mother in the commercial world, as the automaker liked her so much that it wrote her pregnancy into its commercial series so she could continue working throughout her pregnancy. But Flo from Progressive is also a mother—though you wouldn’t have noticed her pregnancy from watching her commercials. Stephanie Courtney, who is now 46, had her first child at 40 years old with her husband Scott Kolanach, who is the lighting director for The Groundlings. 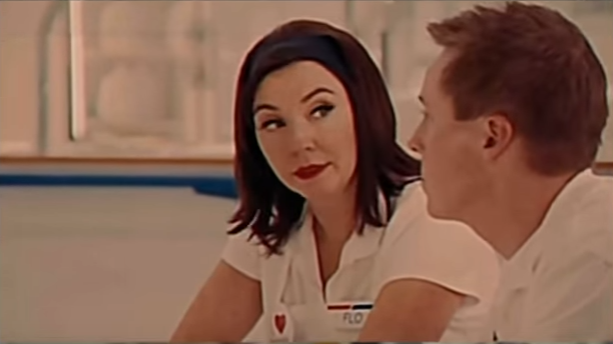 She is Still Alive

Celebrity death hoaxes happen all the time (don’t worry, WWE star John Cena is still alive). Stephanie Courtney was the victim of a death hoax in late May 2014, when eBuzzed wrote that she had been killed in a car accident while driving her Lexus LX. This was completely false, and Courtney is still very much alive.

Her Transformation to Flo is a Long Process

Although Flo from Progressive is an instantly recognizable icon of our times, Stephanie Courtney is hardly ever recognized on the street for her best-known role. That’s because she undergoes about an hour of hair and makeup before each commercial shoot. Believe it or not, Courtney doesn’t rock big hair, thick eyeliner, and red lipstick in real life—in fact, she looks quite ordinary, preferring to wear less makeup and conservative clothing in her free time.