Who Needs the 1LE Performance Package When There’s the Camaro Turbo AutoX Concept? 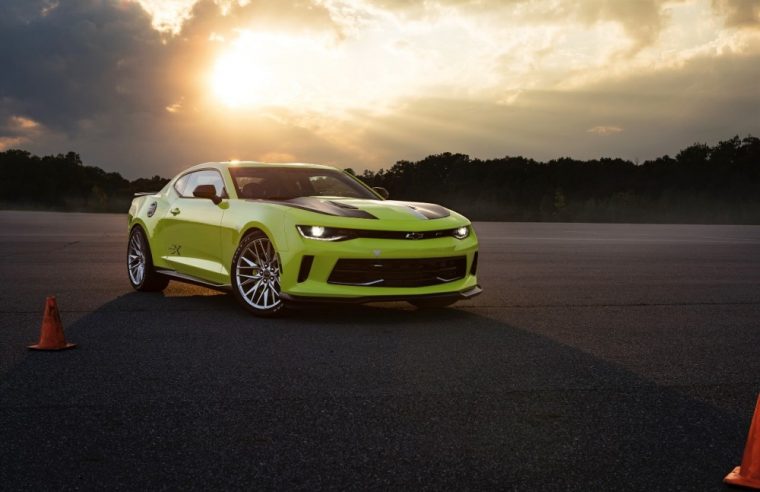 The new Camaro Turbo AutoX concept even comes with a GoPro camera mount so drivers can watch their fastest laps
Photo: © General Motors

Chevrolet brought approximately 20 vehicles to the 2016 SEMA Show, but the crown jewel of this group may be the Camaro Turbo AutoX concept.

Taking many of the suspension components from the 1LE package, such as the strut-tower brace under the hood, cold-air intake system, and six-piston brake calipers, the new Camaro Turbo AutoX concept improves upon the base Camaro that’s equipped with the turbocharged four-cylinder engine and gives it enhanced driving dynamics that make it well-suited for autocross competition.

Dare To Compare: See how the Camaro Turbo AutoX concept stacks up against the factory model

If you’re not familiar with autocross, it’s a popular automotive competition in which numerous orange cones are used to create a defined course and then each driver goes through one at a time trying to navigate the course as quickly as possible.

The turbocharged Camaro is ideal for this type of racing because it has the lowest curb weight of any sixth-generation Camaro. Furthermore, when you combine its exceptional power-to-weight ratio with all of the performance enhancements of the Turbo AutoX concept, then it becomes a nimble and relatively affordable option for autocross events. In addition, the Camaro Turbo AutoX concept comes equipped with a six-speed manual transmission featuring a short-throw shifter that makes going from first to second gear a breeze, which is vital in autocross.

In addition to its performance enhancements, the Camaro Turbo AutoX concept also comes with an eye-catching exterior design that’s highlighted by the new Shock Yellow paint color. In addition, this concept sits about .75 of an inch lower than the factory model due to stiffer springs and distinctively tuned dampers. Other notable equipment featured on the new concept car includes a front tow hook, Chevrolet Performance exhaust system, and 20-inch aluminum wheels that come wrapped in Goodyear 285/35R20 performance tires.

Inside, leather upholstery, a five-point safety harness, and flat-bottom steering wheel all come featured in the Turbo AutoX concept.

“Appearance is very important to the owners of vehicles like this, and the Camaro Turbo AutoX concept was designed to be both race- and show-worthy,” said Chevrolet Designer Adam Barry. “The new Shock Yellow color on the concept reaches out to the new generation of enthusiasts and explores how the Gen 6 Camaro looks in brighter, bolder hues.”