Why Power Windows Are More Than Just a Convenience 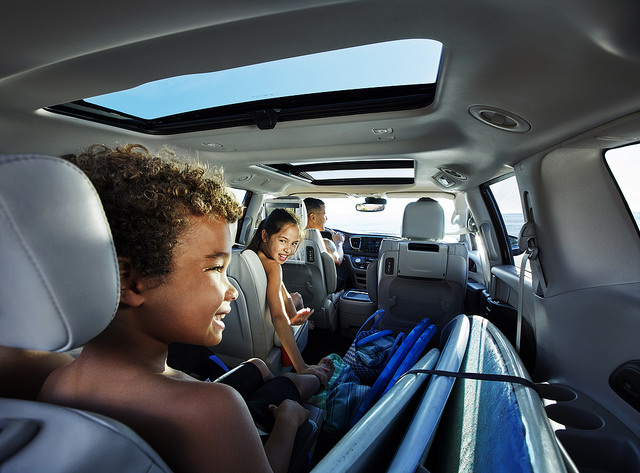 As a driver who went too many years without power windows in my mode of transportation, I am supremely grateful for the power windows installed in my current vehicle. But, I admit after years of being spoiled with this invention, I have taken them for granted. And, as you know, the second you start taking something for granted is the moment the universe punishes you—hence, why the passenger window behind the driver’s seat no longer functions. I hear you universe. I will not take technology for granted (at least until the window is fixed).

So, because the universe has focused my attention on power windows, I had a moment to ponder if power windows are nothing but a modern convenience for lazy drivers like me? Turns out, they’re not!

According to YourMechanic.com writer Valerie Johnston, power windows allow drivers and passengers who suffer from arthritis or hand injuries to manipulate the windows easily and give parents a small amount of control over their children through the lock function, which prevents tiny hands from messing with the windows and relinquishes power to the parental units to maneuver the windows up and down per their children’s polite (not at all yelling) requests.

In addition to ease and control, power windows are considered safer overall than the hand-crank windows of yesteryear even though they are “responsible for approximately 2,000 emergency visits each year,” according to YourMechanic.com writer Jason Unrau.

“The power window motor exerts massive force when a power window is being closed. In windows that use an express-up function, the window motor is equipped with an anti-pinch feature so the window will reverse if it encounters an obstruction like a child’s limb. Though it may still pinch, it will reverse directions before a serious crushing injury occurs,” reports Unrau.

If you find your car wants to be like mine and is sporting a malfunctioning power window, it’s important to heed Johnston’s advice and get it repaired by a professional as soon as possible, as an unworkable window is a serious safety issue.

DeAnn Owens is a Dayton transplant by way of the Windy City, yet considers herself to be a California girl at heart even though she’s only visited there once. To get through the dreaded allergy season unique to the Miami Valley, she reads, writes, complains about the weather, and enjoys spending time with her husband, two sons, and their newest addition, a Boston terrier puppy that is now in charge of all their lives. In the future, she hopes to write a novel and travel through time. See more articles by DeAnn.