Will Fernando Alonso Ever Win That 3rd Championship? 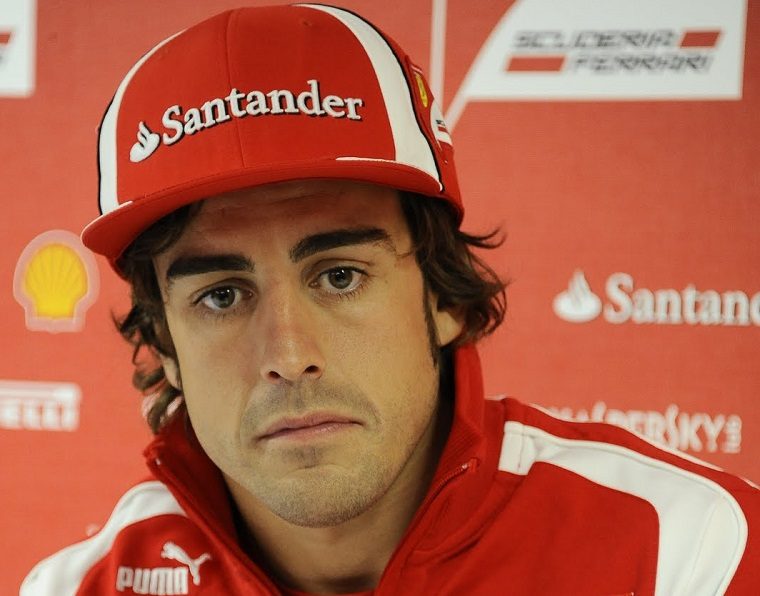 Last year, Nico Rosberg retired from Formula 1 after accomplishing his lifelong goal of winning the world championship. He was 31 years old, at the height of his career, and even had a seat in the most dominant team on the grid. He could have stuck around to add more wins to his tally and perhaps even another championship victory, but for Rosberg the first was enough. He’d matched his father and accomplished what he had set out to do; now it was time to get away from the stress and drama of it all and focus on things that matter more than racing, like family.

To Fernando Alonso, on the other hand, one gets the sense there may not be anything more important than racing. The double world champion has been in Formula 1 for 16 years and will turn 36 during the 2017 season, but still the Spaniard chases down that ever-elusive third title.

Many analysts and fans rank Alonso among the very best drivers in the history of Formula 1. He was the only driver to defeat the indomitable Schumacher–Ferrari combo when he scored back-to-back championship titles in 2005 and 2006, and his head-to-head record versus past teammates is utterly dominant, save during the dramatic 2007 season at McLaren when he tied Lewis Hamilton.

Buying vs. Leasing: How to tell which is best for you 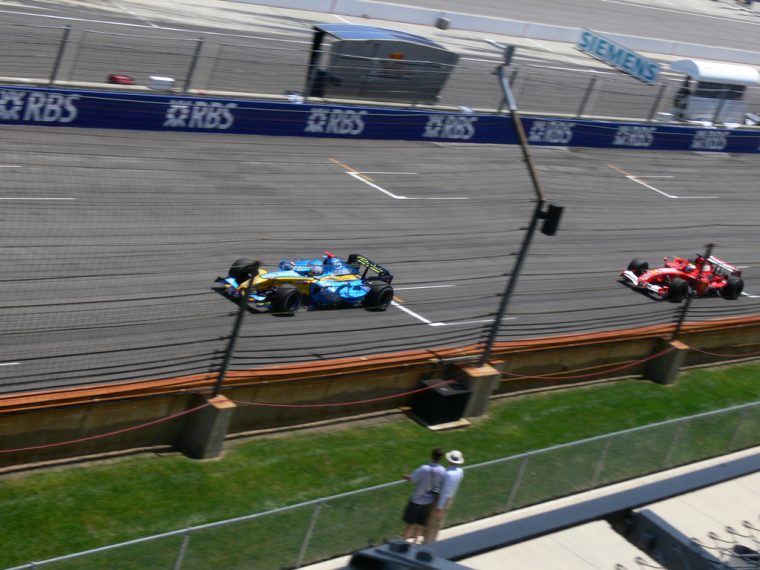 Despite his excellent record, two championships are not enough for someone like Alonso. After McLaren’s political disaster in 2007—the scope of which is best left to another article—that saw both its drivers come within a single point of winning the championship, Alonso returned to Renault and wasted two years in an inferior car. Afterward he joined Ferrari and many believed this would mark the beginning of a winning partnership akin to that of the Schumacher era—who, indeed, could stop Alonso and Ferrari?

Red Bull, of course, turned out to be the answer to that question. Powered by Adrian Newey’s aerodynamic black magic, Sebastian Vettel drove to four consecutive championship titles, two of which were extremely hard-fought. In 2010 and 2012 the title fight came down to the last race, yet even as Alonso lost both times, some marveled he had put himself in a championship-contending position in the first place. That Ferrari had no business giving the Red Bull a fight, they said.

As though to rub salt in the wound, it could have been Alonso driving in his rival’s seat, or at least in the other Red Bull car, had he accepted the team’s offer in 2008—but the Spaniard had his eyes on Ferrari, the dream team of every race car driver and one that had at the time surely seemed a better prospect than a team owned by an energy drink company. 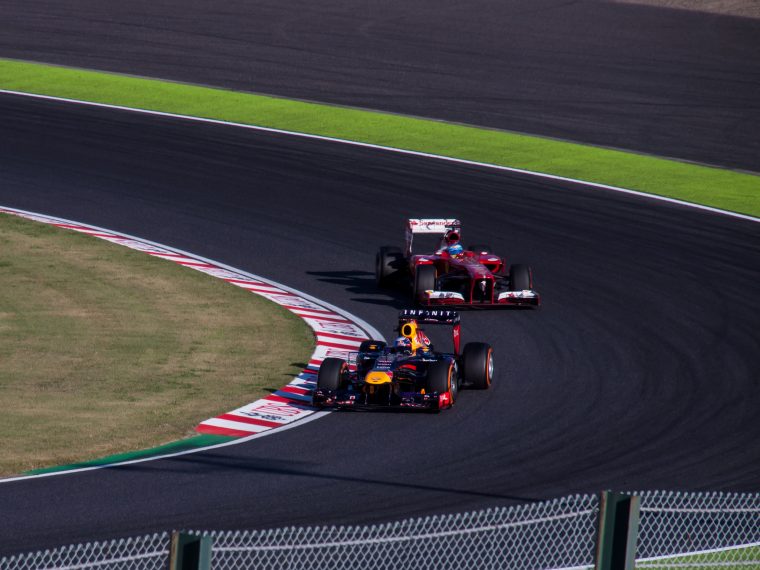 But Ferrari never gave Alonso a suitable car during the V8 era and when the first car of the hybrid turbo V6 era turned out to be the worst Prancing Horse he had ridden, Alonso finally decided he had had enough and said goodbye to the Scuderia in order to return to McLaren for 2015. The fact that he did this after saying he would retire at Ferrari and despite the bad blood shared between him and McLaren team principal Ron Dennis speaks volumes about Alonso’s relentless drive to earn the third championship that has so far kept taunting him just out of reach.

But why is that third championship so important? Two is already quite the achievement and most are happy with just the one. Earning three titles, however, would put him in an exclusive club of greats among whom number only 10 over the last 67 years, including the likes of Ayrton Senna and Alain Prost. You get the sense that Alonso still has something to prove and desperately wishes someone like Sebastian Vettel didn’t have double the trophies back at home.

Because of the restrictions on engine development and the sheer dominance of the Mercedes engine, Alonso believed that none but the Mercedes works team stood a chance of winning a championship in the foreseeable future save for perhaps McLaren, which had struck a partnership with Honda. If anyone could beat Mercedes, Alonso said, it would be McLaren Honda; and as there was no chance to get a drive at Mercedes, Alonso made his decision. 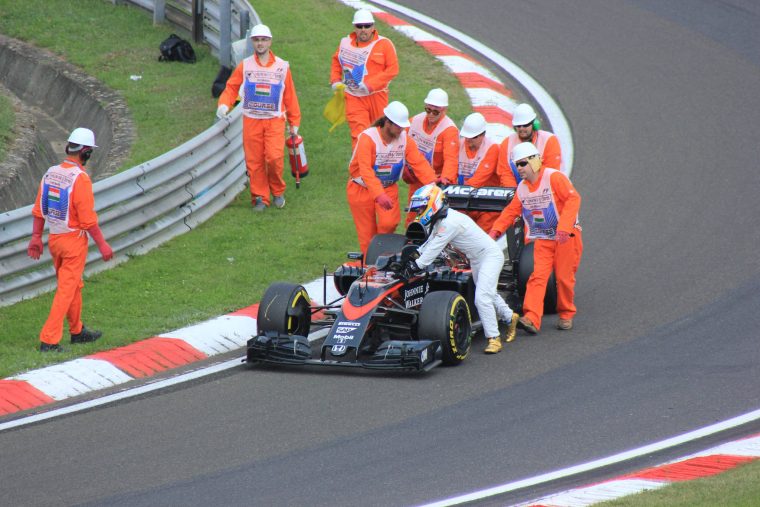 Unfortunately for him, driving for McLaren Honda has been yet another test of patience (though I reckon the $40 million salary has helped soften his frustration). Nobody believed their car would be competitive right away, but everyone thought it would at least get somewhere by the end of the 2015 season; yet two seasons and 40 Grand Prix races later, McLaren Honda ranked a mere 6th in the 2016 constructors’ championship, ahead only of teams which would have had no business beating McLaren on such comparatively paltry budgets anyway.

There is hope for Alonso that the new aerodynamic regulations for 2017 will shuffle things around in a way favorable to McLaren Honda, or that the team can at least improve and eventually build a championship-winning car, but the chances are thin—not just because there is no doubt Mercedes and Red Bull will be as competitive as ever, but also because Alonso is quickly running out of time.

He will turn 36 mid-way through the 2017 season, which is getting close to the age at which most drivers experience a cliff-like drop in performance. Kimi Räikkönen, who is 37 and probably retiring at the end of next year, has notably lost the edge he used to be famous for. 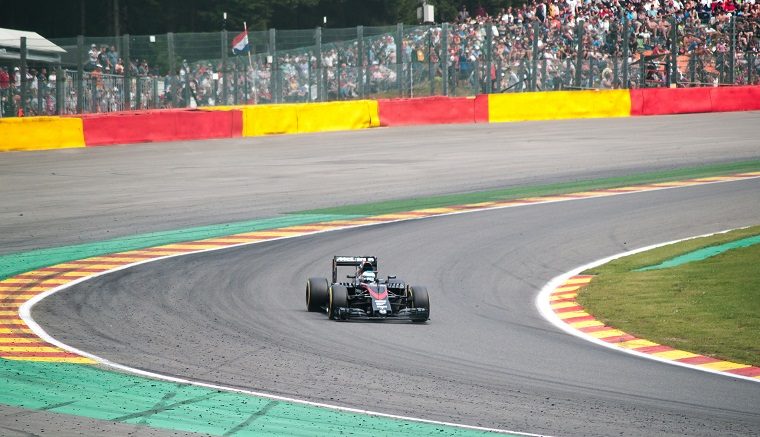 Alonso still has his edge but one wonders how long he’ll be able to keep it. Not only that, but even if McLaren Honda manages to give him a championship-winning car within the next two or three crucial years, he’ll still have Stoffel Vandoorne in the other McLaren to compete with.

Though Vandoorne is as yet untested in a Formula 1 car (save an impressive performance at the 2016 Bahrain Grand Prix), he is a promising young talent with the potential to challenge Alonso in the same way that Hamilton did in his rookie year in 2007.

I can just imagine it: by some miracle, McLaren Honda produces an amazing car and dominates the championship. Alonso is desperate to win—he’s worked so hard to get there, has gotten so close so many times, and has precious little time left. It comes down to the last race and all he needs is for Vandoorne to finish no better than 7th. With just a few laps to go, Vandoorne is exactly 7th—but Sebastian Vettel lets him by on the last lap and the rookie wins the championship.

That would just be Fernando Alonso’s luck.