Wireless Charging Is Rapidly on the Way 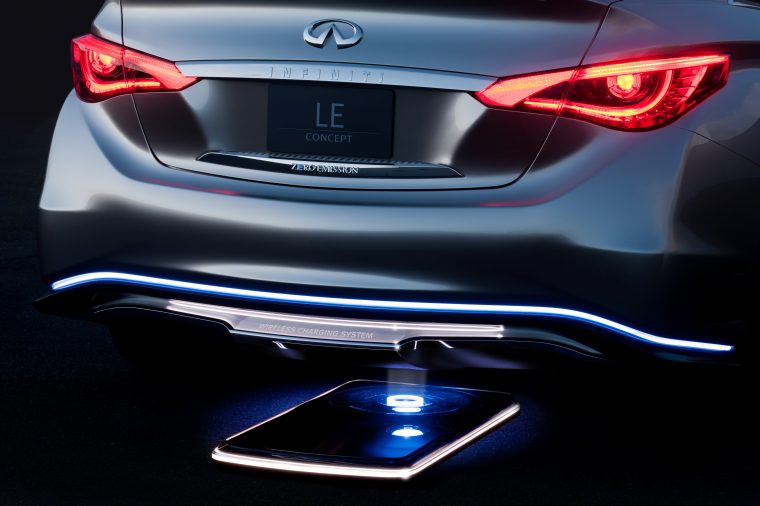 Electric vehicles have one particular convenient feature that beats out internal combustion engines: the ability to “refuel” from home, in your driveway, while you sleep. Now, that process looks to be getting even more convenient as new advances in wireless vehicle charging have made it more and more efficient.

In recent years, the two big problems with wireless charging had to do with the fact that a vehicle had to be a certain height off of the charging pad and a lot of energy was lost in the process, making the whole thing less efficient than just, say, plugging it in to a wall socket.

However, the newest technology from developers such as WiTricity, Qualcomm, and Samsung are solving those two issues—WiTricity’s system in particular achieves efficiency numbers of 91 to 93% (from power grid to car battery), making it better than a Level 2 charger (typically considered about 88% efficient) or a Level 1 plug (which are considerably less efficient).

WiTricity’s system is currently in the prototype phase, with a little bit of special help: two vehicles sent over from General Motors—one Bolt and one Volt.

Unfortunately, I personally would not be able to explain why the system is so much more efficient, but WiTricity CEO Alex Gruzen said that the efficiency increases are due to the company’s work with physics and resonant frequencies. Gruzen was able to put it in words I could understand, telling Car and Driver, “If you can create a very efficient resonator, some magic occurs, and you can move energy with great efficiency.”

I think I can get that. Specifically, with current technology, the system can be fine-tuned to work with ground clearances of 4 to 10 inches of ground clearance, providing a lot of flexibility to go with the efficiency.