Here is a scenario that could only come about from fever dreams and week-old pizza while watching old episodes of Big Comfy Couch.

You and your friend are walking down the street when you suddenly see a man—he is jumping up and down on cars. Suddenly he sees you, and shoves your friend. You both take off running with the man in pursuit.

A car pulls up. Inside are three clowns. The one driving (who is in full costume and makeup) is yelling at you, over and over hollering, “Get in my car!”

What do you do?

If you are two women in Toronto, you get in the car while the deranged attacker beats on the outside, and so are saved thanks to the heroic efforts of Doo Doo the Clown, née Shane Farberman, who had seen the attack and already called police. 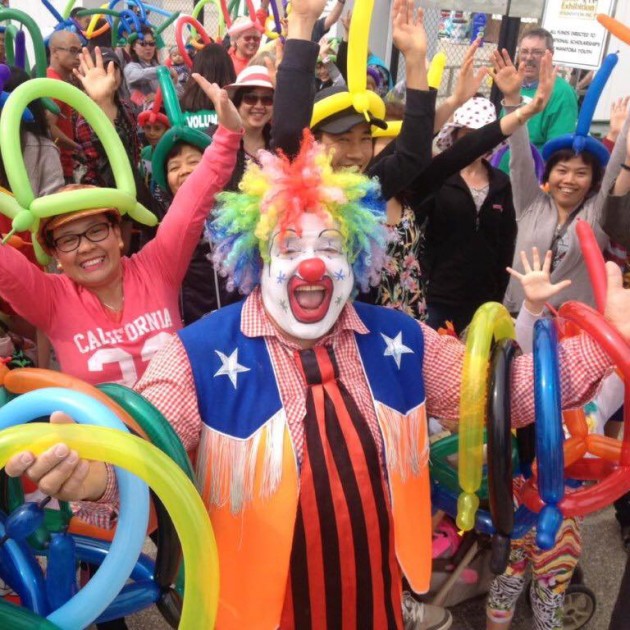 This jolly gentleman
Image: Doo Doo the Clown via Facebook

Farberman told CP24 that he didn’t think about the fact that he was in full clown makeup when he yelled for the women to get in.

“I didn’t even think of me being in clown (costume). I’ve been doing this for 32 years, so I forget that I’m in costume when I’m out there in between shows. Yeah–it was a no-brainer,” he said.

The incident was caught on Farberman’s dashcam in his SUV, which the Toronto Sun managed to get hold of. In the video, you can see the man, wearing only shorts and a long-sleeved shirt, shove the woman, walk a few yards, and then turn around and run back at the women. You can’t see the anything else (except for a brief moment of one of the women dodging around the outside of Farberman’s SUV to get away from the man), but you certainly can hear Farberman on the phone with the 911 dispatcher, telling them what is going on. You also can hear the man punching the car and the moment when he grabbed the SUV’s mirror, braced both feet on the side of the car, and ripped it right off.

“You know that face Jack Nicholson has [in The Shining]?” Farberman said of the man. “It was the scariest sight. He was out to get them. I had the door locked, but I was holding on for dear life. It was pretty scary for everybody.” 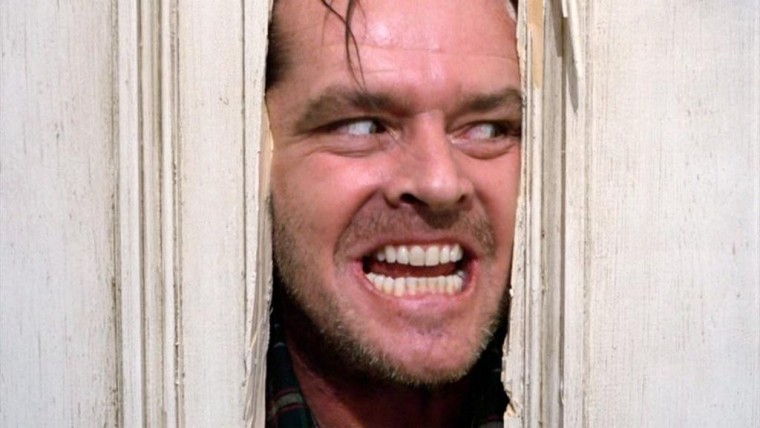 You know what? I think I would definitely choose the SUV of clowns
Image: Warner Bros

“The only thing that stopped him was the police – they came from every direction and tackled him down. It took eight officers, so obviously something serious was wrong,” Farberman said.

In the end, Farberman, in full costume as Doo Doo the Clown, was honored at the Toronto city hall for his bravery.

Delighted to honour @DooDoo_TheClown for his bravery this weekend. Toronto the good strikes again! pic.twitter.com/GdrjmK5Ked

He has also received congratulatory tweets, emails, and Facebook posts from people around the world. However, the heart-melting moment that we have to share with you came from Farberman’s two children.

“I came in last night and the first thing my daughter said was ‘Dad you’re my hero.’ I was bawling,” Farberman said.

The attacker, 25-year-old Wei Guo, was arrested, charged with assault and mischief, and was believed to have been under the effects of illegal narcotics during the incident.

Side note: this isn’t the first time Doo Doo has achieved widespread fame—this is the same Doo Doo the Clown who appeared in the Adam Sandler movie Billy Madison: