Women in the Auto World: How ‘New Girl’ Proves the Industry Needs to Change 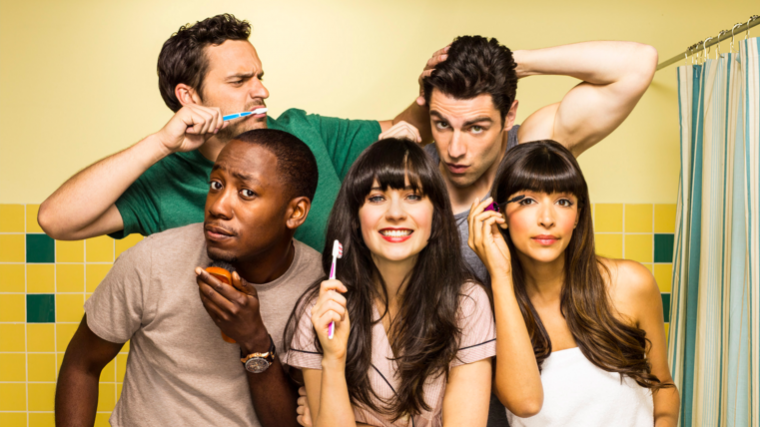 I love New Girl. It’s a television show that manages to hit on some big social issues, all while making us laugh. Does it get much better than that? No, it doesn’t. And in one of its most recent episodes, Jess and the gang gave me the opportunity to write about one of my favorite television shows for work.

Now, during this episode, New Girl did what it typically does. It put a hilarious, delightful spin on a bad situation. But this episode brought up a very, very important fact—a fact that I have been waiting for the perfect opportunity to write about.

Women are often mistreated/manipulated/patronized when we walk into dealerships. And we really have to stop ignoring it.

Case in point, here’s a quote from the show straight from Jess’s mouth after she went in to purchase a car:

What Jess is describing is a pretty common thing in the automotive world. Women are seen as being inconsequential—and this is no more apparent than in dealership show rooms. One might even say that car dealerships are massive time machines capable of transporting everyone back to the 1950s.

Yeah. I went there.

And yet we still get treated as if we don’t have a brain. So much so that, per the usual New Girl fashion, Jess has to create an elaborate plan that involves emailing the dealership as a man just to get a car.

Granted, this whole scenario ends up backfiring terribly (it’s a TV sitcom. What do you expect?) and eventually leads to Jess angrily hijacking a test drive, but the fact that she even has to consider it—and that other women consider doing the same—is ridiculous.

This discrimination even happens over the phone. When my mom wanted to purchase a car last year, she asked me to call around dealerships to get prices so we could compare. On the phone, when I mentioned the dealership’s competitors had offered me a price that was $2,000 below what the dealer on the phone was offering, he called me a liar and an idiot. And no, I’m not exaggerating.

Really, what makes dealers think it’s okay to speak to women—and other human beings in general—in this way?

But I am not an optimist. I am a woman who works in the automotive industry. And I know that, no matter how much we attempt to change things, women are not seen as equal here.

And that’s not all. Searching for press releases and topics to write about for the glorious The News Wheel leads to a myriad of articles written mostly by men, for men. A few of our competitors also have a decent amount of women on the staff, yes, but these women don’t show up on the homepage nearly as much as the men do.

Yes, we are starting to see changes in this. Yes, Mary Barra—the first female CEO of a US automaker—is proof of that. Yes, there are speakers around the automotive industry like Lisa Copeland—a well-known motivational speaker—who can be hired to encourage male dealers to treat their women customers with respect. There’s even a wonderful website my coworker wrote about last month called ChickDriven that helps women learn how to navigate the automotive world. How great is that?

But the fact that we even need to see Mary Barra’s position as an accomplishment—that we need speakers to encourage male salesmen to treat women buyers properly and websites to help women feel more comfortable in the auto industry—is utterly ludicrous.

It’s the 21st century people. Let’s get our crap together.

Stop speaking to women car buyers as if they are idiots and start respecting them as the intelligent beings they are.