It’s been nine months since Toyota officially announced it was ditching its long-term home in Torrance, California, in search of greener (or at least more humid) pastures in Plano, Texas, a suburb of Dallas. Now, Toyota has broken ground on its new headquarters with the help of one of its own—a V8 TRD Pro Series Tundra. 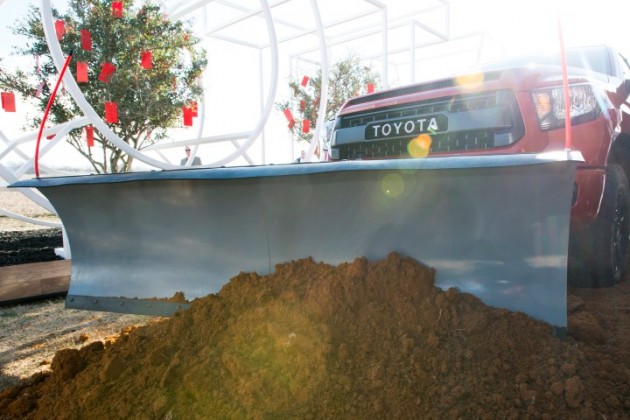 The TRD Pro Series Tundra doing what it does best

The ground-breaking ceremony didn’t just feature the Tundra kicking up some dirt. Additionally, Toyota unveiled a new installation that features the word “TOYOTA” with a Texan Yaupon Holly tree inside each letter. The trees represent “wish” trees—a concept that’s well-known in Toyota’s home country. On each tree, students from nearby Plato ISD Academy High School affixed handwritten notes with their own wishes and dreams, and these notes will be collected and put into a time capsule in Toyota’s new headquarters. Once the new Toyota Plano headquarters are constructed, the trees will be removed and planted in the grounds for all to enjoy. 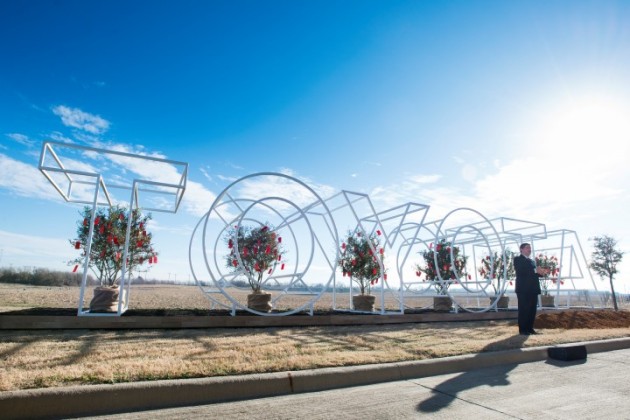 This installation was revealed at last week’s ground-breaking ceremony

“The support and encouragement we’ve received from the community, civic leaders, business partners and nearby corporations has been nothing short of tremendous,” commented Jim Lentz, Toyota Motor North America chief executive officer. “Our goal is to build an environmentally-sustainable campus that our new neighbors will welcome and our team members and associates will be proud to call home.”