Later today, host country Brazil kicks off the 20th World Cup by playing Croatia in the country’s Sao Paolo stadium. While we can’t speculate the outcome (beyond mentioning that no country has defeated Brazil on its home turf in 12 years), we can share our thoughts on the two countries’ best-selling cars and pit them against each other. So without further ado, we give you the World Cup of Cars: Brazil vs. Croatia. 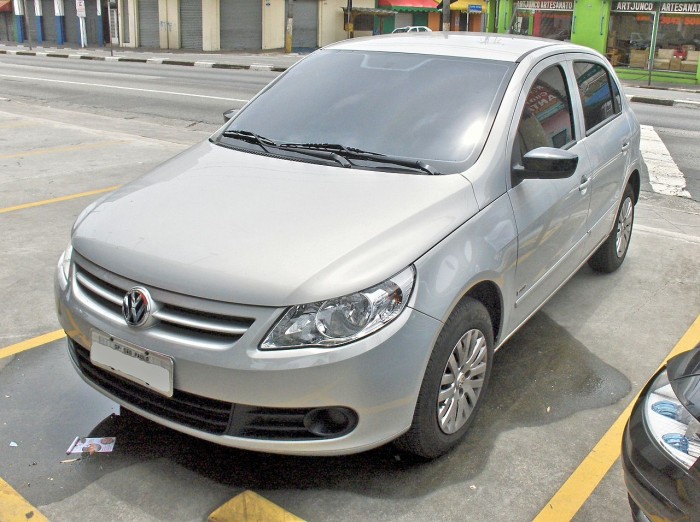 Playing for Brazil is the Brazilian-made and ultra-popular Volkswagen Gol (nope, we didn’t forget to add an F to the end of the model’s name). The Gol is a subcompact car manufactured in Brazil since 1980, when it took the reins from the outgoing VW Beetle. Aptly named to represent football-obsessed Brazil, the Gol has been the country’s best-selling car for 26 years running. With its excellent performance and classic good looks, you might say this car is the Ronaldo of Brazil’s roads. The VW Gol’s 1.0-liter and 1.6-liter engines produce 72 and 101 horsepower respectively, which might be the car’s downfall when pitted against its rival.

In the corner for Croatia, the Škoda Octavia stands proud. The Czech-produced vehicle is a favorite with Croatian drivers, thanks to its versatility and affordability. Currently in its third generation, the Octavia comes as either a 5-door hatchback or a 5-door estate (or wagon), and has a choice of seven engine types. While it doesn’t have the charm or good looks of the Volkswagen Gol, the Škoda Octavia’s practicality—as well as the fact that it’s just been redesigned to include all kinds of cool features—makes it a real contender in the World Cup of Cars.

So who is the winner here? We have to go with the Škoda Octavia for Croatia. Sorry Brazil—while we’re confident you’ll come out on top in today’s opening game, your VW Gol is no match for the Octavia.