One of today’s World Cup hot matches is France vs. Honduras. There’s no telling who could come out on top on the field, but how about on the road? In this World Cup of Cars segment, we’ll delve into two automobiles, one representing France and the other Honduras, to determine which country will come out victorious.

On the field for France is the French-built Renault Clio IV, the fourth-gen (and current) version of the supermini car, the Renault Clio. The Clio holds a very special distinction: it is one of only two cars (the other is the Volkswagen Golf) to have been named European Car of the Year, not once, but twice, in 1991 and again in 2006. The Clio IV is available as both a hatchback and an estate. The Clio IV’s wheelbase sets it apart from its predecessors, nearly wide enough to distinguish it as a compact car. The Clio IV also features hands-free rear-camera connectivity and over 50 applications, making it one very connected car. 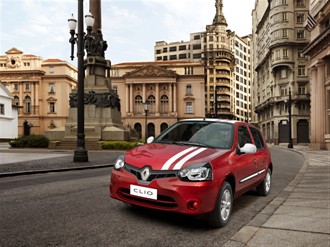 Honduras is led by one of its most popular models: the Nissan Frontier. Perhaps it’s because we’re American, but it’s just so hard to take non-American trucks seriously. Sure, they have their merits, but at the end of the day, can you really beat a Ford F-150? (Answer: No.) We do give Nissan props for trying, and as far as compact trucks go, it gets the job done. 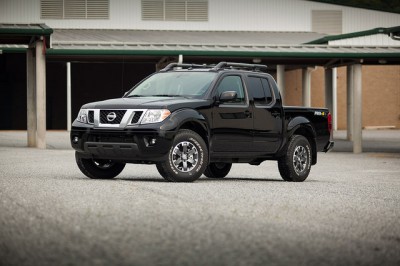 All that aside, it’s clear that Europe’s twice-voted Car of the Year comes out on top—and France claims victory.

You can watch the real France vs. Honduras game today at 3pm EDT on ABC.