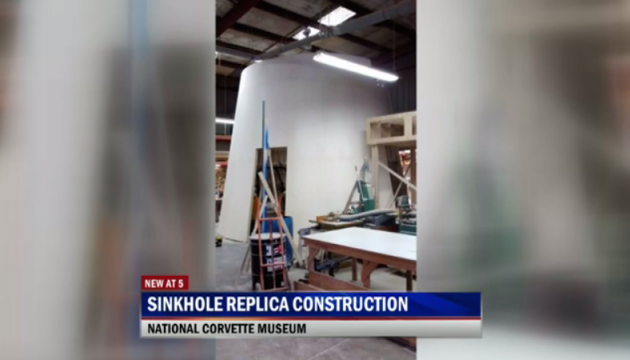 Strange as it may seem, the sinkhole collapse in the National Corvette Museum’s Skydome may be the best thing that ever happened to the NCM. Yes, the freak occurrence swallowed up eight Corvettes, and took lots of time and money to repair—but it also earned the museum a whole bunch of publicity, not to mention a whole bunch of attendees.

A record 251,258 visitors came out to the museum last year, and a lot of them were there because of the hole.  The National Corvette Museum proudly merchandised in the face of disaster, by turning the sinkhole into an exhibit and even selling a DVD documentary about the sinkhole for $12.95 online.

Now, NCM is further capitalizing on the sinkhole by creating a small replica of the Skydome, called the “Thunderdome,” which will recreate the experience of the Corvette cave-in.

It’s like they always say—when life gives you lemons, make an interactive virtual lemon experience and call it “the Thunderdome.”

Warm Weather Driving Tips: How to Beat the Heat in Your Car

“It’ll be a sensorama,” NCM representative Katie Frassanelli told WBKO. “The guests will enter the room and it will simulate what it would have been like if you were in the cave when the sinkhole happened. So, it should be really exciting.”

With the hole now filled, this seems like the next logical step for the museum. Of course, by the time it’s finished, the Mad Max remake will have already come and gone, meaning the whole “Thunderdome” reference won’t be quite as timely as it is now. But still, it’s a solid reference.

The exhibit is expected to open this fall, so start booking your hotel room in Bowling Green, Kentucky now.