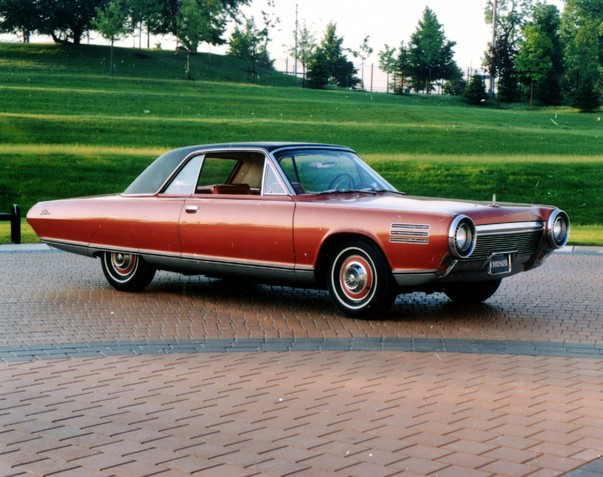 A 1963 Chrysler Turbine Car is on display now in Canada

The 2015 Canadian International Auto Show kicked off on February 13th and will last through the 22nd. Currently on display is a rare 1963 Chrysler Turbine Car, as part of the Art and the Automobile historic vehicle exhibit. The model on display is a “Turbine Bronze” example that is still in running condition.

“The Chrysler Turbine program began in 1954 – in the supersonic jet airplane age -and lasted until 1981,” explained Brandt Rosenbusch, the Manager of Historical Vehicles at Fiat Chrysler Automobiles US. “Like today, the company was exploring alternative propulsion solutions and to prove the engine’s flexibility, even ran them on perfume and alcohol – aside from the ‘standard’ JP-4 Jet Fuel. We have not shipped the car to Canada in the 25 years I have been here.” 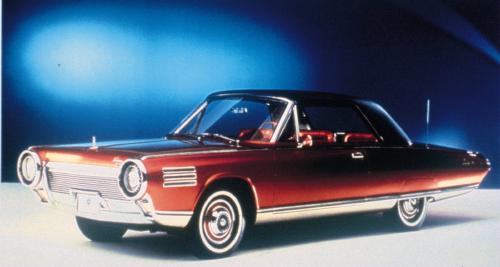 Only nine are left in existence

If the car has never once been to Canada, then why now? Jason Campbell has an answer (though he is the General Manager of the auto show, so he might be a little biased, eh): “The exhibit traces the artistic progression of vehicle design through the decades and the Chrysler Turbine Car is a great example of the transition period from the chrome-plated, aircraft- and rocket-influenced designs of the ‘50s to the more pure forms of the ‘60s, as it includes elements of both. Besides which, it is a very pretty and historically important car.”

The Chrysler Corporation, as it was called at the time, produced turbine engines across seven generations of cars, but what makes the 1963 Turbine Cars so special is that they were designed specifically to test out experimental powertrains.  In total, 50 were made between 1963 and 1964, and they were loaned to regular families for three months to get feedback. Feedback was positive, but the turbine engine was too expensive to manufacture for Chrysler to move forward with the project. In total, 41 of the cars were scrapped because of taxes and import tariffs. The remaining nine, however, were divvied up among deserving museums (save for three, which Chrysler kept).

And, to no one’s surprise, Jay Leno has somehow gotten his hands on one of the nine.