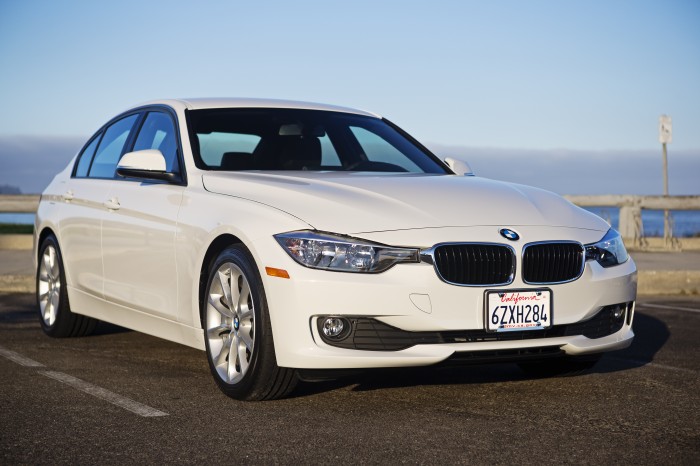 The BMW 3 Series sees little change for the 2013 model year thanks to its full redesign the year before. Power front seats are now standard, along with a new M Sport equipment line and the return of the xDrive all-wheel-drive system. The 320i trim level is new for the sedan body style, while the ActiveHybrid3 sedan debuts.

The BMW 3 Series offers a smoother, sportier option to BMW lovers everywhere, featuring enough features typically seen in the carmaker’s lineup combined with a few athletic components that add a whole lot of flash to its silhouette. Whether your choose the sedan, coupe, or convertible body styles, the BMW 3Series has a distinct style that can’t be denied.

For the 320i sedan, a turbocharged 2.0-liter inline-4 is the ticket when it comes to power, producing 180 horsepower and 200 lb-ft of torque. A six-speed manual transmission is standard along with rear-wheel-drive, though BMW’s xDrive all-wheel-drive system and an eight-speed automatic are optional.

The same engine is used for the 328i sedan, though it’s slightly more powerful with 240 hp and 255 lb-ft or torque. It also has the same transmission options as the 320i, though the automatic can be upgraded to a “sport” version. All-wheel-drive is also optional.

For the 328i coupe and convertible though, a different powertrain is offered with a 3.0-liter inline-6 that churns out 230 hp and 200 lb-ft of torque. A six-speed manual and rear-wheel-drive are standard with an optional six-speed automatic and all-wheel-drive.

All 355i models get a turbocharged 3.0-liter six-cylinder that churns out 300 hp and 300 lb-ft or torque, receiving the same options as the 328i. The 335is has a twin-turbocharged3.0-liter six-cylinder that gets the most hp at 320. A temporary overboost function is also available, bumping up the max torque to 370 lb-ft. A six-speed manual is standard, with an uptional seve-speed automated dual-clutch manual.

For the newest addition to the 3 Series, the ActiveHybrid3, is the 335i’s engine combined with an electric motor and a lithium-ion battery, producing a total of 335 hp and 330 lb-ft of torque.

With the new model year come new equipment lines—Luxury, Modern, Sport, and M Sport—that each offer a change in color scheme and trim style within the BMW 3 Series cabins. The sedan’s have a touch more of a contemporary design, with the iDrive electronics system keeping the driver connected at all times. All seats, no matter the trim level, are comfortable and supportive, while the backseat is one of the most spacious in its segment.

According to government testing, the 328i sedan received five out of a possible five stars for overall crash protection. The Insurance Institute for Highway Safety gave the sedan the highest possible rating of “Good” in the frontal-offset, side and roof strength tests.