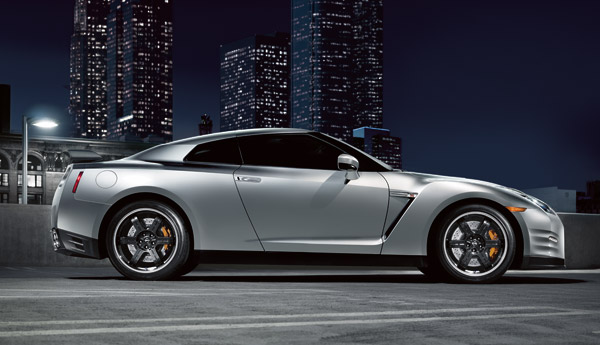 Nissan has once again stepped up performance on the GT-R, increasing engine output and creating a smoother transmission operation. In the spirit of making a good thing even better, the GT-R gains revised suspension tuning, new gauge illumination and the Black Edition gets a carbon-fiber rear spoiler. Also, in the name of safety, a rearview camera is now standard on all GT-R models.

A twin-turbocharged 3.8-liter V6 engine powers the GT-R and generates 545 hp and 463 lb-ft of torque. This year brings an additional 15 horsepower and 15 pound-feet of torque over last year, in an effort to keep up with other supercars. No way will you be left in the dust in this car.

Standard safety features on the GT-R include antilock brakes, stability control and traction control, front-seat side airbags and full-length side curtain airbags.

RELATED: Rumors regarding the 2015 Nissan GT-R