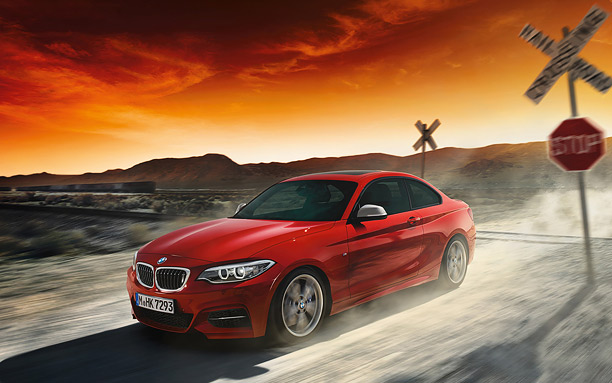 The 2014 BMW 2 Series is an all-new model from the German automaker, and the compact sports coupe does not disappoint. The iconic kidney-bean front grille sets an aggressive tone for the 2014 2 Series, and sculpted exterior lines deliver a styling that is unmistakably BMW.

The 2014 BMW 2 Series’ base four-cylinder returns an impressive 25 mpg combined, and despite the immense output of the available turbocharged V6, even it is still able to return 23 mpg combined.

High quality materials and available wood and aluminum trim makes stepping inside the 2014 BMW 2 Series an upgrade from just about any sports coupe or luxury vehicle available. The driving experience is heightened with a slew of available technologies, including standard Bluetooth and BMW’s iDrive multimedia controller, navigation, and an 8.8-inch touchscreen display.