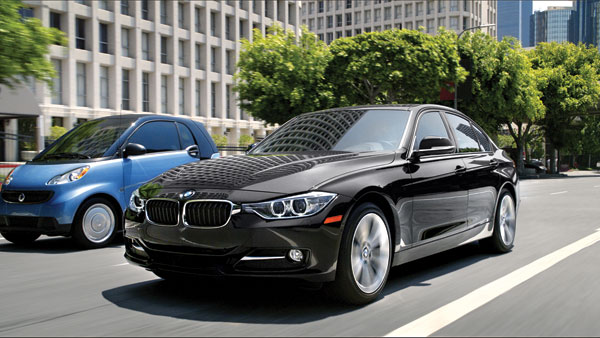 For the 2014 model year, the 3 Series will see a new addition to its family with the arrival of a four-cylinder diesel engine, while losing the 3 Series Coupe to be renamed for 2014 as the 4 Series. On the other hand, the wagon will get a bit of an overhaul, receiving the same redesign the sedan saw in 2012 with a roomier cabin and a new powertrain that gets better fuel economy and performance.

With two specific body types available—the sedan and wagon—and three optional equipment lines, there’s a little bit of something for everyone. The lineup reflects the traditional BMW style with elegant styling and sleek lines. Add the smooth transition from roof to the rear window and you get an almost coupe-like feel to the car, emphasizing its sporty character. 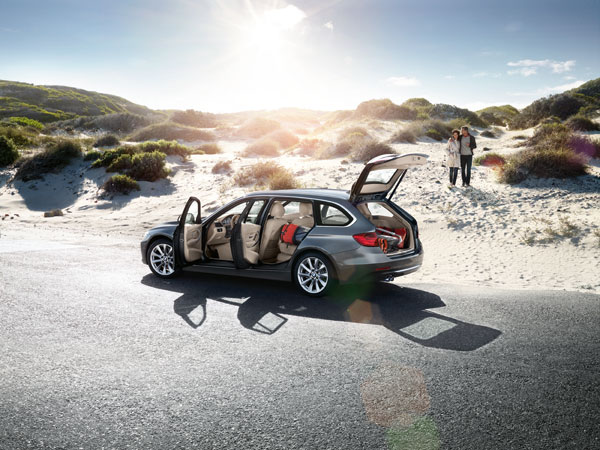 When looking at the 2014 BMW 3 Series performance and powertrain, the word that comes to mind is “options”. Whether you’re looking for a rear-wheel-drive or an all-wheel-drive, the 3 Series has got it. Add the available 6-speend manual and the Sport or M Sport package for the automatic-equipped 3 Series car, and your head might spin a bit with the choices you have to make.

No matter the trim level you choose, you can’t go wrong with the 3 Series powertrain. The options range from the 320i’s 2.0-liter turbocharged engine with 180 hp and an impressive 28 mpg to the 335i sedan’s 3.0-liter six-cylinder, which nearly doubles the 320i’s power with 300 hp. If you’re looking for a greener option, look no further than the ActiveHybrid 3 engine, which takes the 335i’s engine and combines it with a rear-drive electric motor and lithium-ion battery pack, boosting the car to 335 hp.

Depending on the trim level you choose, the difference in mpg can be astounding. The 328i and ActiveHybrid3 both receive 28 mpg, while the 335i gets 24 for the automatic and the 328d is number one in the lineup with 37 mpg combined.

While the entry-level luxury sedan is considered one of the most competitive segments on the market, there’s no denying that the BMW 3 Series has the nicest interior of the lot. With a contemporary feel that combines itself with comfort, the 3 Series cabin has a 6.5-inch display screen, an updated iDrive system, and the most spacious backseat in its class.

When it comes to safety, the 3 Series is a 5-Star car, receiving the National Highway Traffic Safety Administration’s 5-star rating in overall crash protection. The Insurance Institute for Highway Safety found the sedan worthy of its highest possible rating of “Good”. Each 2014 3 Series comes with standard antilock brakes, traction and stability control, front side airbags, side curtain airbags, and front knee airbags.