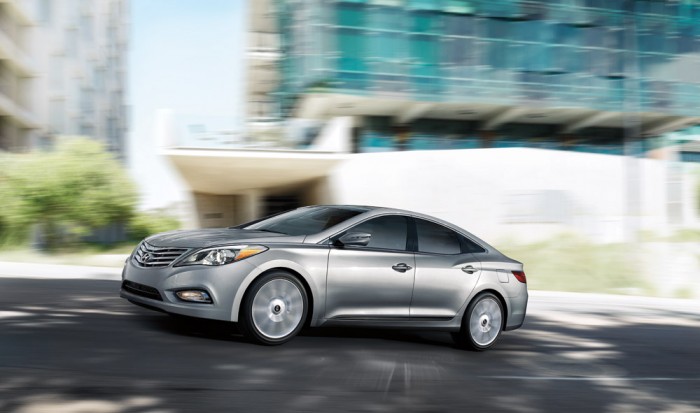 What’s New for the 2014 Hyundai Azera

The new year comes with a new, lower price for the 2014 Hyundai Azera due to two new trim levels added to the model lineup. The Azera’s steering has also seen a bit of a tweak, making it more precise.

With lines that look as if they were chiseled by Ancient Greek sculptors and a fluid body design, it’s hard not to fall in love with the 2014 Hyundai Azera at first glance. The available tilt-and-slide sunroof is another element that makes the Azera beautiful, letting the outside in with ease.

A 3.3-liter V6 engine powers the Azera, making 293 horsepower and 255 lb-ft of torque. The standard transmission is a six-speed automatic combined with front-wheel drive. With this powertrain, the Azera is capable of reaching 60 mph in 6.7 seconds, which is a standard time for large sedans.

EPA-estimated fuel economy for the 2014 Azera is 23 mpg combined.

While the interior design of the Azera looks similar to the mid-sized Sonata, its standard leather upholstery gives it a more luxurious feel, adding a lot of class with a standard touchscreen interface that makes sure the driver can stay connected to a variety of technologies. The roominess of the interior is also a major bonus that the Sonata doesn’t have, with the tallest of adults being able to fit comfortably with room to spare in both the front and rear seats.