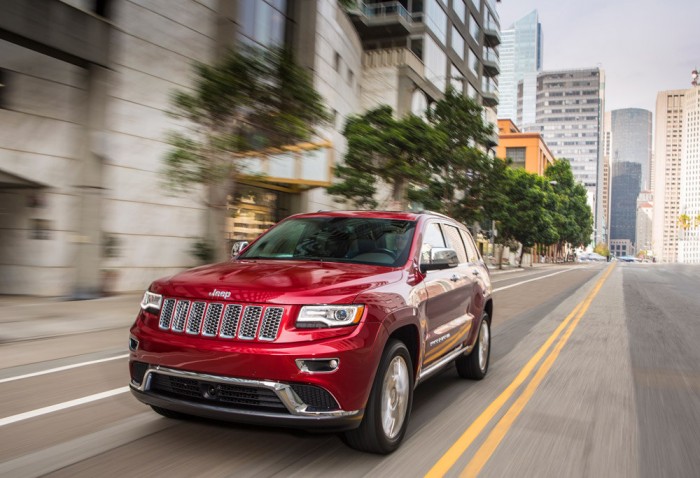 Winter is…well, it’s over. We think. We hope. Winter is nonetheless fresh in our memories, and Jeep has announced that, for the fourth straight year, the Jeep® Grand Cherokee EcoDiesel has earned the title of “Official Winter Vehicle of New England” from the New England Motor Press Association (NEMPA). If this prestigious title is to be believed, the Grand Cherokee is the ideal choice for braving a wicked Nor’estahh in ordahh to get out to the yahhd to wahhtch the Sawx.

“The Jeep Grand Cherokee has now taken the overall Winter Vehicle honor every year since 2011,” said Craig Fitzgerald, NEMPA President, in Chrysler’s press release. “This unprecedented fourth consecutive win is due to the EcoDiesel engine and eight-speed transmission – new features that put Grand Cherokee at the top of both the power-with-efficiency and value curves.”

The 2014 Grand Cherokee and its EcoDiesel engine offer best-in-class efficiency of 30 mpg highway and a 730 mile driving range. The 3.6-liter Pentastar V6 (25 mpg) and 5.7-liter V8 (22 mpg) are no less impressive and help to serve the cause of making the Cherokee New England’s go-to ride in wintry weather.

“Particularly in one of the harshest winters on record, we’re delighted that the influential members of the New England Motor Press Association have once again recognized the all-weather capability of the Jeep Grand Cherokee,” said Mike Manley, President and CEO, Jeep Brand, Chrysler Group LLC. “Our new EcoDiesel engine and eight-speed transmission further add to blend of capability, refinement and fuel efficiency that have made Grand Cherokee the most awarded SUV ever.”

The love affair between Northeastern drivers and the “Official Winter Vehicle of New England” is clear enough—sales of the Grand Cherokee are not only up 21 percent in North America through February, but they have also increased by 23 percent in that region alone.