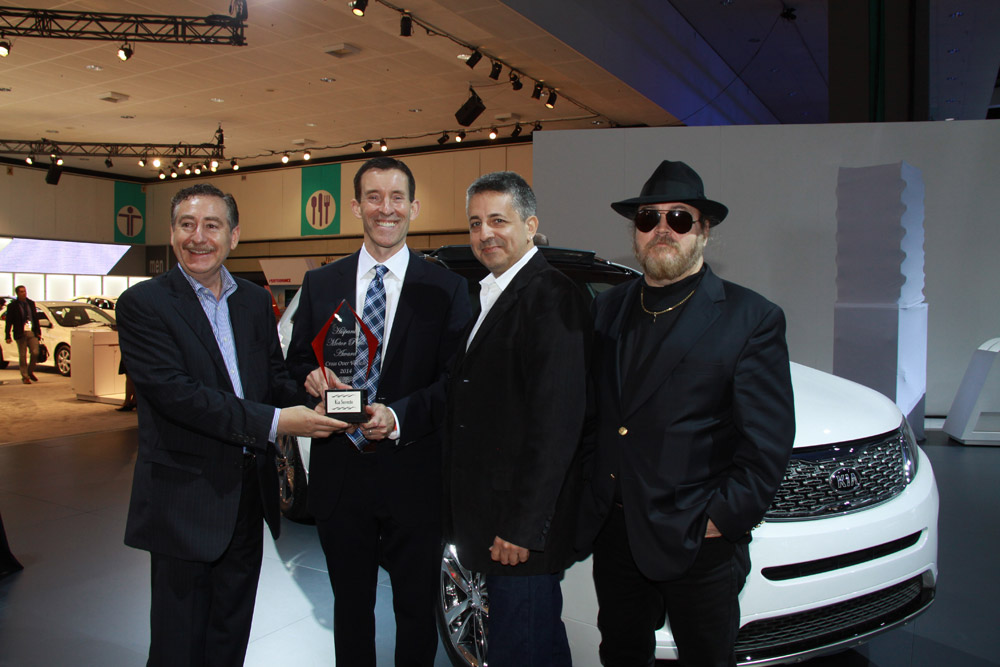 Those in the United States with Hispanic heritage understand the meaning of family, and place it above all else.  So when the Hispanic Motor Press Awards (HMPA) announces its list of the “Top 10 Cars of the Year,” you can expect to see only the best family vehicles on the market, and that it is why it was such an honor for the 2014 Kia Sorento to be named among the top vehicles on the list.

“Quality and value have universal appeal among car buyers, and the Kia Sorento offers both,” said Michael Sprague, executive vice president of marketing & communications at Kia Motors America, in a press release.  “With its multiple trim levels and wide array of standard features – all at an affordable price – the Sorento has earned many accolades, and we’re honored to count the Hispanic Motor Press Awards recognition among them.”

The HMPA honor its Top 10 Cars of the Year annually at the LA Auto Show.  The jury evaluates vehicles in 10 categories to see which vehicles offer the best combination of functionality, design, safety, comfort, and value for Hispanic families.

“The crossover segment is gaining popularity among consumers, and the size and attributes of these vehicles fit the needs of the family.  The all-new Kia Sorento shows that this automaker is paying attention to what consumers want today.  It won not because of its price, but because it is the best overall value in its class,” said the HMPA jury director, Ricardo Rodriguez-Long.

Would the 2014 Kia Sorento be a good vehicle for your family? Let us know in the comments below!