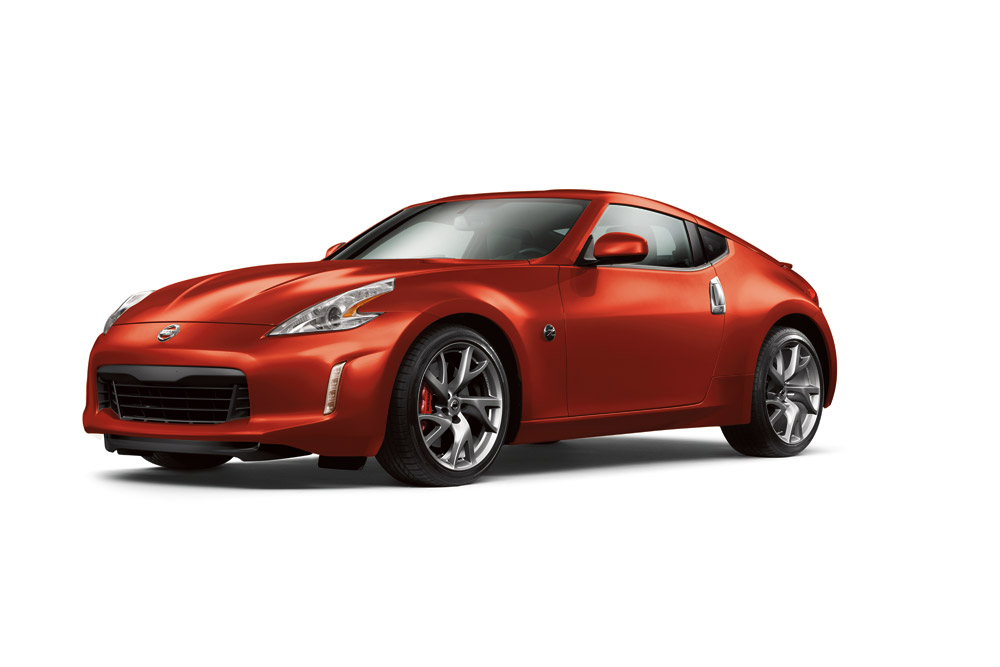 Sharp lines, a low center of gravity, and short wheelbase combine to make the 2014 Nissan 370Z look like a fun drive. The dramatic roofline adds a touch of the unique to the streamlined profile, while the splashy headlights add a lot of spunk to the front façade, making it the perfect car to turn heads while you’re roaring down the street.

With the exception of the Nismo model, a 3.7-liter V6 powers every 370Z, churning out a healthy 332 hp and 270 lb-ft of torque. The 370Z comes with a standard six-speed manual transmission with the Touring model receiving the SynchroRev Match, which allows for smoother, quicker shifts. There is also an optional seven-speed automatic with shift paddles. This Nismo model has the same V6 engine with a bit of an extra kick, producing 350 horsepower and 276 lb-ft of torque. For this model, the only transmission available is the six-speed manual with SynchroRev Match.

Soft-touch surfaces and metallic finishes come together to form a decidedly upscale interior, while the classic Z-car three-gauge cluster on the dashboard highlights the attractive interior design. The seats are supportive and comfortable, holding tight on sharp turns to make driving a blast. On the Roadster, the top is a bit slow on getting down by today’s standards at 20 seconds, but it folds itself under a hard tonneau cover at the end.

Standard safety features for the 2014 Nissan 370Z include antilock brakes, traction and stability control, and side airbags. The coupe gets side curtain airbags, while the Roadster’s side airbags extend upward for head protection. On Touring models, the Navigation package comes with an available rearview camera.