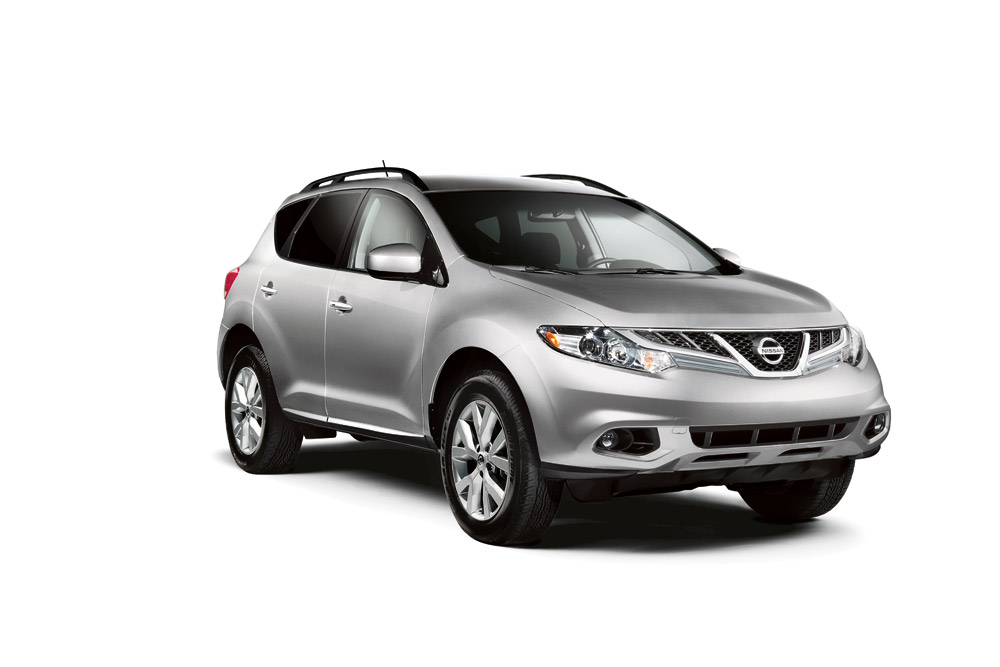 At first glance, it’s easy to see that the 2014 Nissan Murano is not your typical midsize crossover. With an extremely sculpted body and a curved rear end that features protruding headlights, there’s an almost futuristic feel to the Murano that you don’t normally find in its segment. A lip on the front end appears as if the car is pouting a bit, while the steep windshield angle adds sleek lines to the crossover’s silhouette.

A 3.5-liter V6 powers the 2014 Nissan Murano, producing 260 horsepower and 240 lb-ft of torque, pretty decent for a midsize crossover. The CVT is standard on all cars, along with a front-wheel-drive system, though all-wheel-drive is also available.

Inside the 2014 Murano, high-end materials and a clean design create an unflashy, handsome cabin. The gauges and controls remain easy to use with a simple layout that makes sense, even in the high-tech upper trim levels. Rear seat passengers can enjoy the heated seats usually reserved for the front, depending on the trim level, while those trim levels that don’t have this capability still offer a great amount of space and comfortable seats. There’s even the option of a Driver’s Memory System, which automatically adjusts the steering wheel and outside mirrors into pre-set positions.

The 2014 Murano received an overall rating of four stars out of five in government crash testing, while the Insurance Institute for Highway Safety awarded the crossover their highest rating of “Good” in the moderate-overlap frontal-offset and side crash tests, but a the second lowest rating of “Marginal” in the roof strength test. Standard features for the Murano include antilock brakes, stability and traction control, active front head restraints, front-seat side-impact airbags, and full-length side curtain airbags. With the exception of the S trim level, the crossover also comes standard with a rearview camera. The SL and LE trim levels will also have the option of adding blind-spot monitoring, lane departure warning, and rear cross-traffic detection.