Subaru is making headlines with its updated and new models this year. New for 2014 is a host of revamped technologies throughout its lineup. For example, the Legacy and Outback will see audio upgrades and new standard features. In addition, Subaru will utilize its award-winning EyeSight® (which is the highest-rated front crash prevention system by the Insurance Institute for Highway Safety) on additional models. Not only that, but Subaru is also adding Aha® infotainment smartphone integration to its nav systems. Oh, and did we mention that all of Subaru’s models are either a Top Safety Pick or Top Safety Pick+?

But that’s not the most exciting news coming out of the Japanese automaker. What is most exciting is hard to say, as it’s a tossup in our eyes: either the redesigned 2014 Subaru Forester or the all-new 2014 Subaru XV Crosstrek Hybrid. We love them both so much, we’ll tell ya about both of ‘em. 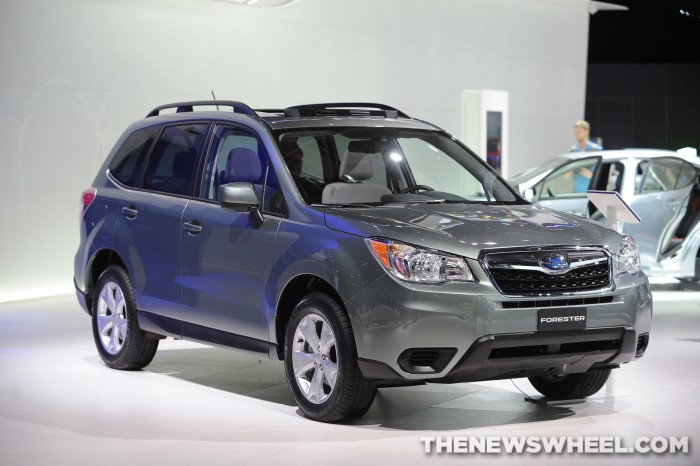 The 2014 Subaru Forester marks the fourth-generation of the five-seater crossover SUV and holds the distinction of being the first model in its class (compact SUV) to earn the IIHS Top Safety Pick+ rating.

The 2014 model will be powered by a 2.0-liter direct-injection turbocharged BOXER engine that lays down 250 hp, or a 2.5-liter naturally aspirated four-cylinder BOXER engine that still puts out a respectable 170 hp. Drivers will get a Lineartronic® CVT in the 2.0XT models and can opt for it in the 2.5i models, in which a manual six-speed is standard.

The 2014 puts power to all wheels via Subaru Symmetrical All-Wheel Drive; other models in its class only offer all-wheel drive as an option. With all-wheel drive, the Forester gets 24 mpg in the city and 32 mpg on the highway (in the 2.5i model).

The Forester also features Hill Descent Control. All but the base trim will feature a rear vision camera, Keyless Access and Start, Subaru EyeSight, and a power liftgate with automatic close. 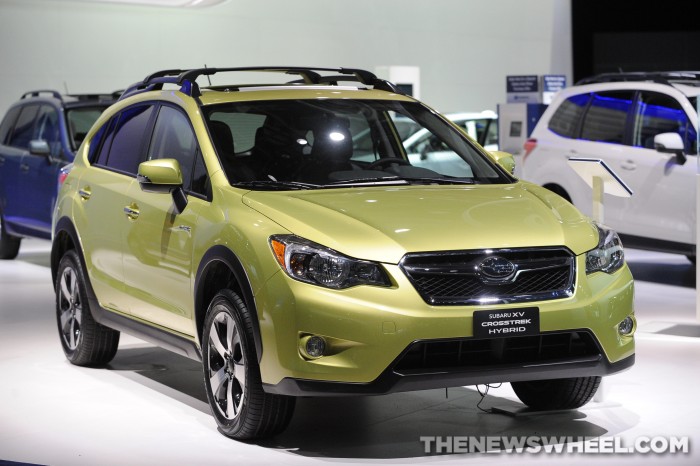 The 2014 Subaru Forester may be redesigned to our hearts’ content, but it’s the 2014 Subaru XV Crosstrek Hybrid that is all-new to the brand, and we’re just dying to meet it. (Editor, Timothy Moore, got the chance at NAIAS a couple weeks back.)

The 2014 Subaru XV Crosstrek Hybrid is powered by a 2.0-liter Subaru BOXER engine and a 13.4-hp electric motor, which is integrated into the brand’s CVT. The hybrid also houses a 100.8V, 13.5kWh nickel-metal hydride battery and an integrated starter-generator to allow for a fuel-saving start/stop feature. Interior space is very similar to that of the gasoline model (cabin room is off by 0.7 cubic feet and cargo room by 1.5 cubic feet).

Huh. Well, I guess Mitsubishi does make cars and SUVs afterall. That’s one right there, isn’t it?