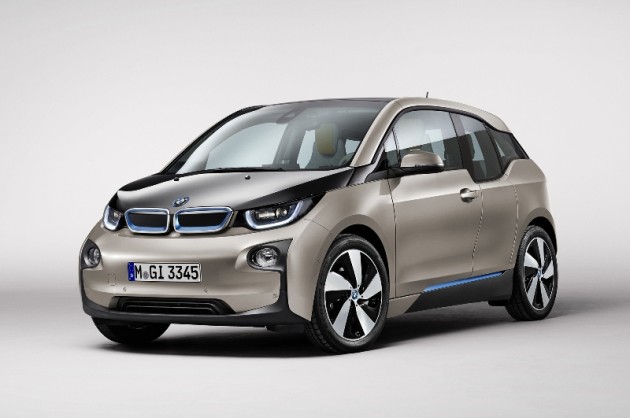 Fresh for the 2015 model year, the BMW i3 will see a battery state-of-charge indicator, an early alert to warn drivers of potential power loss, and a proactive boost to the battery level based on the car’s navigation prior to hills.

Primarily an electric vehicle, the BMW i3 is small and lightweight. With a foundation of Carbon Fiber Reinforced Plastic (CFRP), the i3 is a two-piece revolutionary that focuses on agility, driving range, and interior comfort. The i3 is perfect for city slickers, with a compact exterior design, Park Distance Control, and a Rearview Camera to make any parking job a breeze. The BMW i3 may be small but don’t judge it entirely on its size; it is a BMW, and that means BMW-caliber performance.

Under the hood is a gas powered two-cylinder engine that generates electricity to maintain the battery’s charge. The all-electric BMW i3 is one of the fastest in the automaker’s lineup, pushing forward with an astonishing 184 lb-ft of torque despite its small size. Combined with 170 horsepower, the i3 is capable of hitting 60 miles per hour from a dead stop in seven seconds flat. 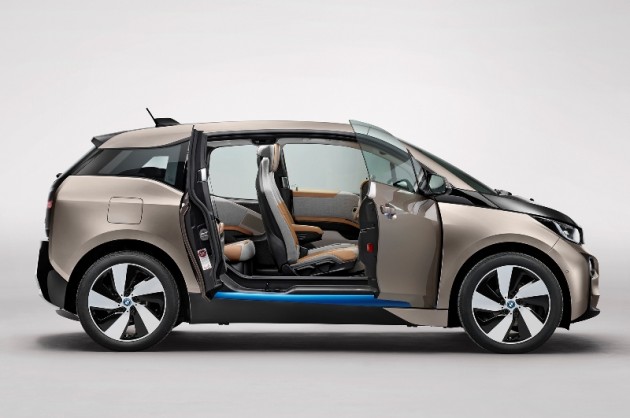 An electric vehicle, the BMW i3 is capable of 81 miles on a single charge. With the optional Range Extender, a single charge can stretch to 150 miles. Using brake energy regeneration, the battery charges every time your foot touches the pedal. With over 21,000 public charging stations in the United States alone, the i3 can be 100% charged in 3.5 hours at a Level 2 charging station. Drivers can choose to install a home charging station as well.

Thanks to the CFRP, the i3’s interior is spacious and open. Over 25% of the interior is made of renewable raw or recycled materials, including Eucalyptus Wood and Olive Leaf Tanned Leather. A touchscreen on the dash displays everything you need to know about the i3. If you’re running low on battery, have no fear; the navigation system can guide you to the nearest charging station. Download the BMW i Remote app to check your battery, charging times, and set a cabin temperature. The i3 seats four comfortably with the same interior space as a regular BMW 3-Series vehicle. As a bonus, there’s 36.9 cubic-feet of trunk space with the rear seats folded flat.