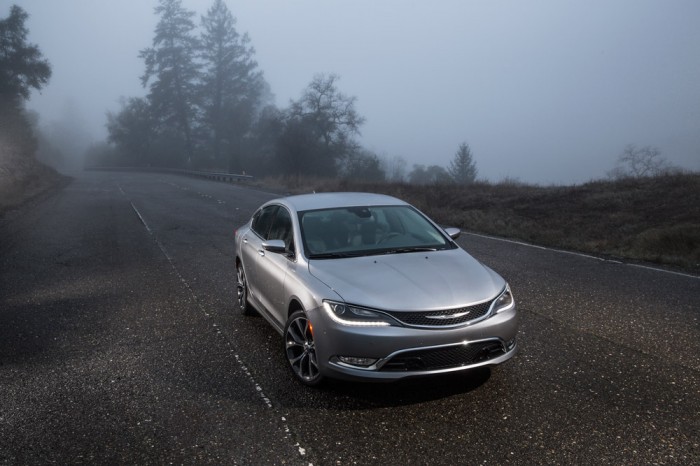 The 2015 Chrysler 200 wowed us when it made its world debut back at the 2014 North American International Auto Show, and Chrysler assured that its midsized sedan would be on the forefront of the American consciousness in early 2014 when it aired a Super Bowl commercial starring Bob Dylan.

As the late June release date looms, Chrysler is ramping up its focus on their all-new 200 once more and emphasizing the finer things consumers can come to expect when it hits showrooms. Particularly those finer things that have to do with its American origins.

Particular attention is being paid to the Americanness of the 2015 Chrysler 200’s design, among other things. According to Freep, Chrysler’s interior design chief, Klaus Busse, stated that Chris Craft boats, Eames lounge chairs, and Airstream trailers all serve as influences.

“We wanted to take that kind of spirit … and use these materials in a more honest way,” Busse said. “America has a lot of cachet, no matter where you are in the world, so why not embrace the fact that you are from Detroit.”

The 2015 Chrysler 200 wears what the automaker calls “the new face of Chrysler,” which includes grille/headlamp integration, enhanced Chrysler badge, and “a timeless American design based on simple elegance.”

If the 2015 Chrysler 200 truly wanted to be American, it would have a grille made out of hot dog meat and there would always be football games on the radio. This is not practical, however, which is why Chrysler probably settled on said elegant design.

The 2015 200 will be the first mid-size sedan to feature a standard nine-speed automatic transmission, which can be mated to either the optional award-winning 3.6-liter Pentastar V6 or standard 2.4-liter MultiAir®2 Tigershark inline-four. The 2015 Chrysler 200 will also feature the segment’s first automatic fully disconnecting rear axle, state-of-the-art electronic shifting, a clean and luxurious interior, and a number of forward-thinking technologies.

The 2015 Chrysler 200 will also feature this new technology.

The 2015 Chrysler 200 is being built in Sterling Heights, where the discontinued Avenger was one made. Chrysler’s goal, according to Freep, is to sell as many of the new 200s as the automaker sold Avengers and 200s combined in 2013 (a total of 216,322 units).

Do you think these ambitions are too lofty for the mid-size sedan “Imported from Detroit,” or will the 2015 Chrysler 200 hit its marks in stride?