Here are the 2015 GMC Acadia Updates 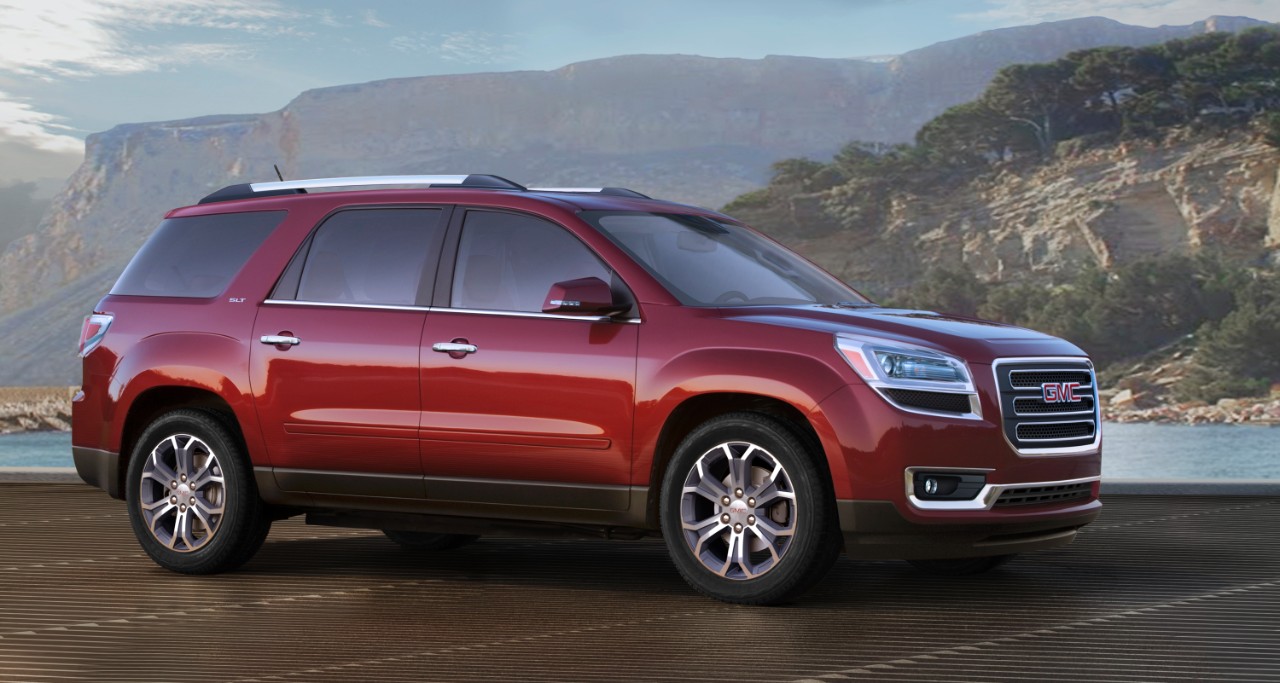 GMC is only reporting a couple of additions to the 2015 GMC Acadia. A heated, leather-wrapped steering wheel now comes standard in the SLT-2 and Acadia Denali, and a twenty-inch aluminum wheel design aims to upgrade the eight-passenger crossover’s stylishness. Along those lines, there are also a few new exterior color options: Crimson Red Tintcoat, Dark Sapphire Blue Metallic, and Midnight Amethyst Metallic.

All Acadias are driven by the same powertrain, which features a 288-horsepower, 3.6-liter V6 engine and six-speed automatic transmission that manages 17 mpg in the city and 24 mpg on the highway. The Acadia is available in both front- and all-wheel-drive models.

The Acadia has standard blind-spot monitors, anti-lock brakes, traction and stability control, a rearview camera, front-seat side airbags, and curtain airbags that reach to the third-row seat. The vehicle has also scored very well in crash tests.

The Acadia has three rows of seating, and the second and third row can still be folded down for a class-leading maximum cargo space of 116.1 cubic feet.

GMC’s Color Touch Radio infotainment center is standard on the Acadia, with optional Color Touch navigation (standard on Acadia Denali) available. Other tech features include IntelliLink, Bluetooth, AM/FM/SiriusXM radio, CD player with MP3 playback, auxiliary and USB inputs. New for the 2015 Acadia, the USB port is now located in the lower area of the center stack on the instrument panel for greater convenience.