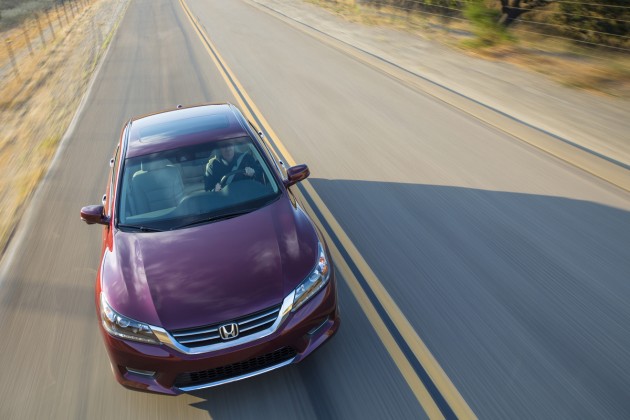 The Honda Accord sedan sees the addition of a universal remote with the EX-L trim.

The 2015 Honda Accord has got the spaciousness you’d expect in a sedan without at all appearing bulky or awkward. Sharp and sporty, the sedan cuts an attractive figure.  Alloy wheels, variable intermittent wipers and rear defogger come standard. 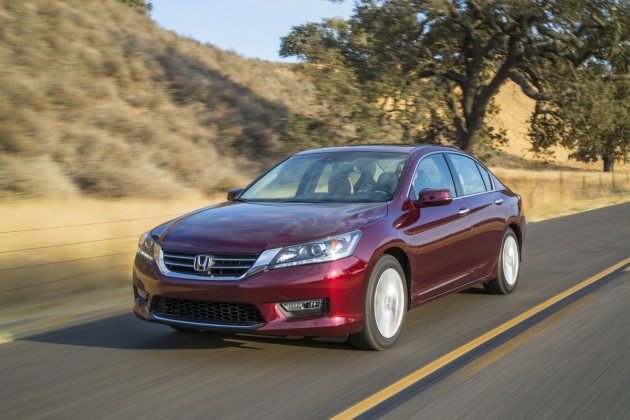 For 2015, the Honda Accord sedan comes with two engine options. The 2.4-liter inline four cylinder comes with a 6-speed manual or CVT automatic transmission depending on the trim level. The 3.5-liter V6 sends power to a 6-speed automatic.

The new Honda Accord sedan features the same exceptional fuel efficiency for which the Accord has long been known. At 24/34 mpg with a 17.2 gallon gas tank, the four cylinder Accord stays out on the road and does it for cheap. With the CVT transmission, fuel economy gets even better at 27/36 mpg. The V6 Accord is rated at 21/34 mpg. 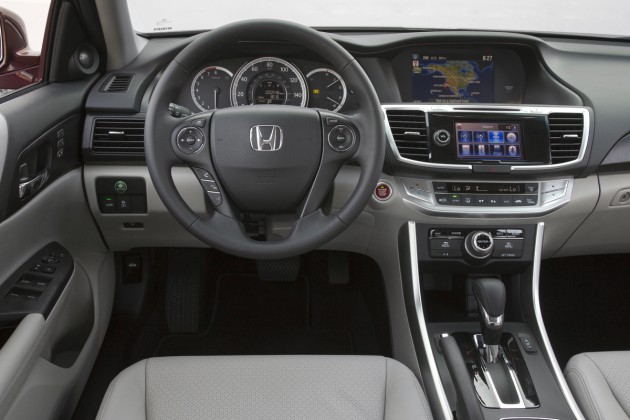 The Honda Accord has traditionally defined the safety standard in its segment. For 2015, the Accord arrives outfitted with a rear view camera, front and rear head airbags and dual front mounted side-airbags. Tire pressure monitoring and engine immobilizer–to prevent theft–are also standard features.