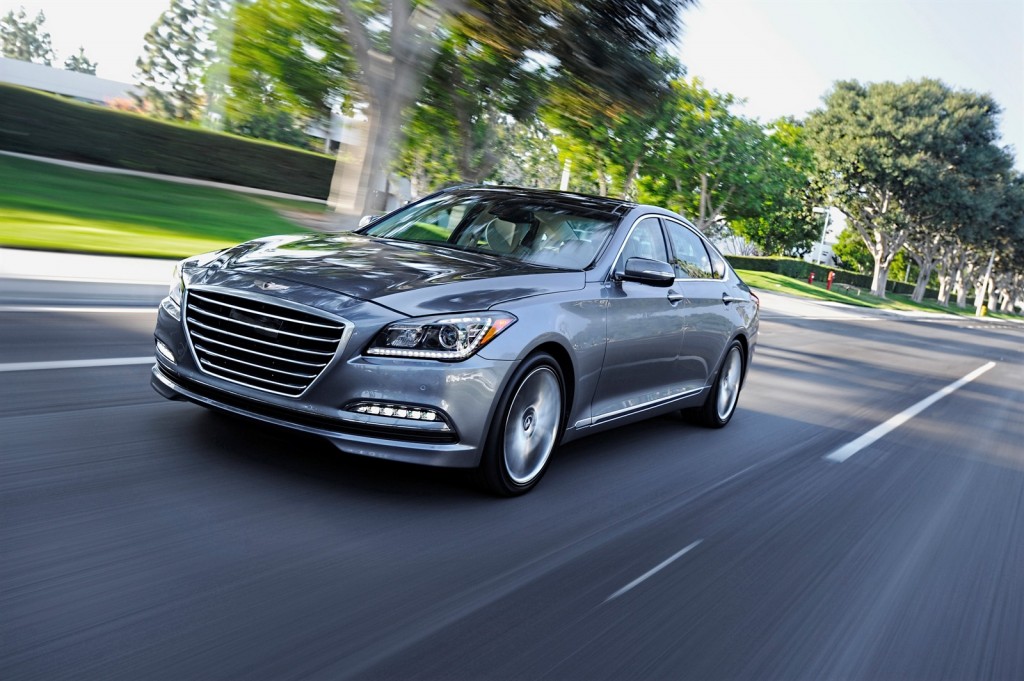 Monday at the 2014 North American International Auto Show (NAIAS), Hyundai introduced the world to the second-generation Genesis sedan. The 2015 Hyundai Genesis sedan takes the formula that earned the North American Car of the Year award when it debuted five years ago and ups the ante considerably.

“Hyundai is proud to bring our next-generation Genesis sedan to eager U.S. consumers in just a few short months,” said Mike O’Brien, vice president of corporate and product planning, Hyundai Motor America, in a Monday press release. “Market expectations for the new Genesis are understandably high, and we’re confident the Genesis’ combination of superb dynamics, bold design, class-leading safety and driver-focused technologies will exceed those expectations by a large margin.” 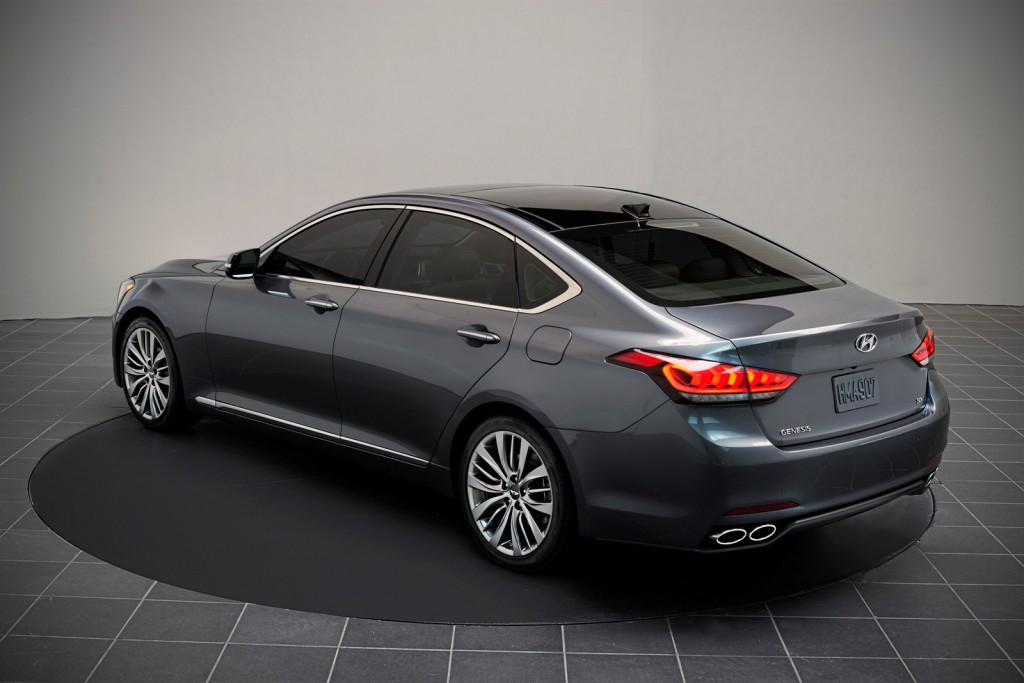 So what’s new in the 2015 Hyundai Genesis? For starters, the new Genesis will be the automaker’s first-ever vehicle to feature the all-wheel-drive HTRAC® system, which will help make the sedan more appealing to those living in the Snowbelt. HTRAC AWD was created in order to provide drivers with a variable-torque-split clutch with active torque control for confidence in any and all driving conditions.

Additionally, the 2015 Hyundai Genesis will be the first vehicle to wear the next generation of the Fluidic Sculpture design language. Fluidic Sculpture 2.0 recapitulates the idea of fluid aesthetics, the modern look of Hyundai, and a premium ambience. Hyundai’s press release states that future vehicles, including the all-new Sonata, will also speak the language of Fluidic Sculpture 2.0. 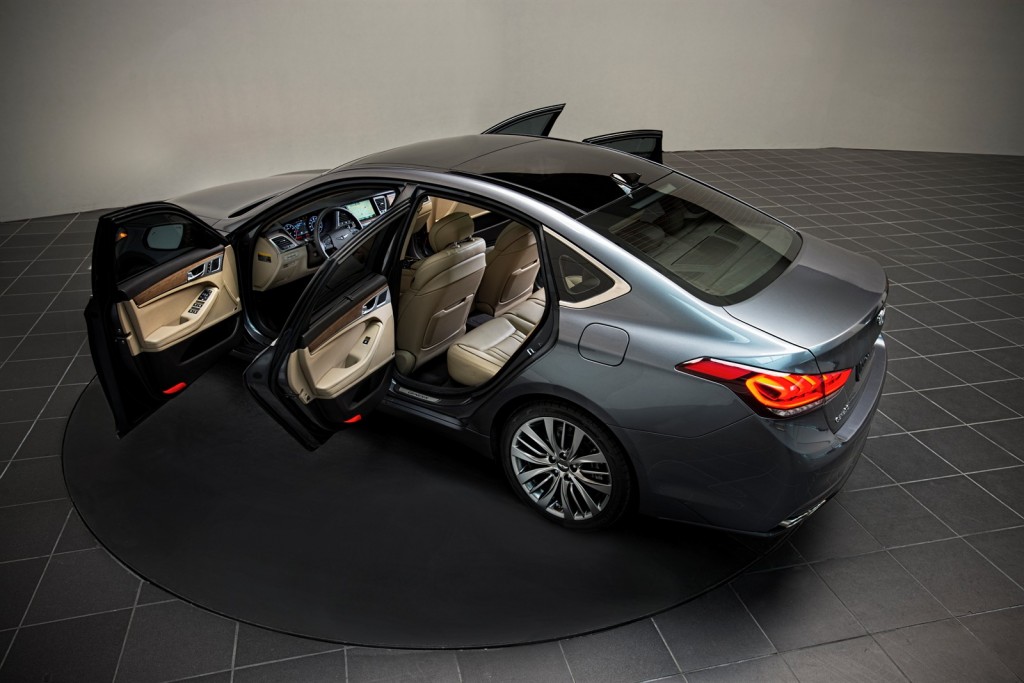 Beneath the hood of the 2015 Hyundai Genesis, one will find the award-winning 5.0-liter Tau V8 that is capable of putting out 420 horsepower and 383 lb-ft of torque. Direct injection, lower emissions, and better efficiency make the newest Tau V9 the most powerful Hyundai V8 engine ever built. Mated to an eight-speed automatic transmission, the 2015 Hyundai Genesis will accelerate better, shift more smoothly, and operate more efficiently than the previous generation vehicle.

For a comprehensive look at the 2015 Hyundai Genesis sedan, hop on over the press release to read more about safety features, driving modes, and the award-winning next generation of Blue Link technology. For more coverage from this year’s Detroit Auto Show, stay tuned to The News Wheel! 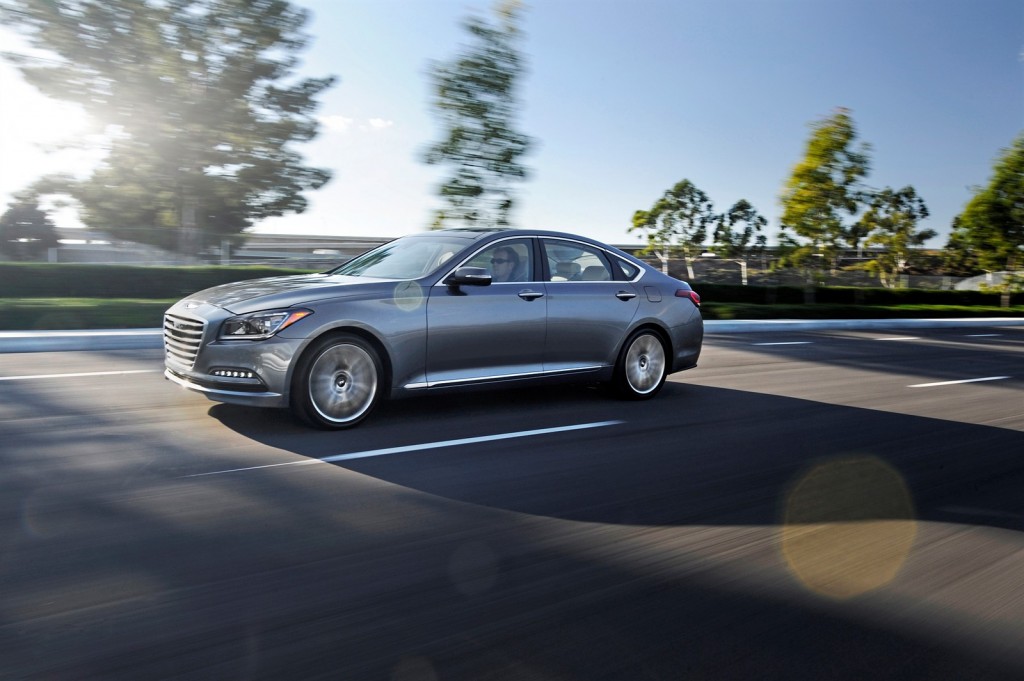 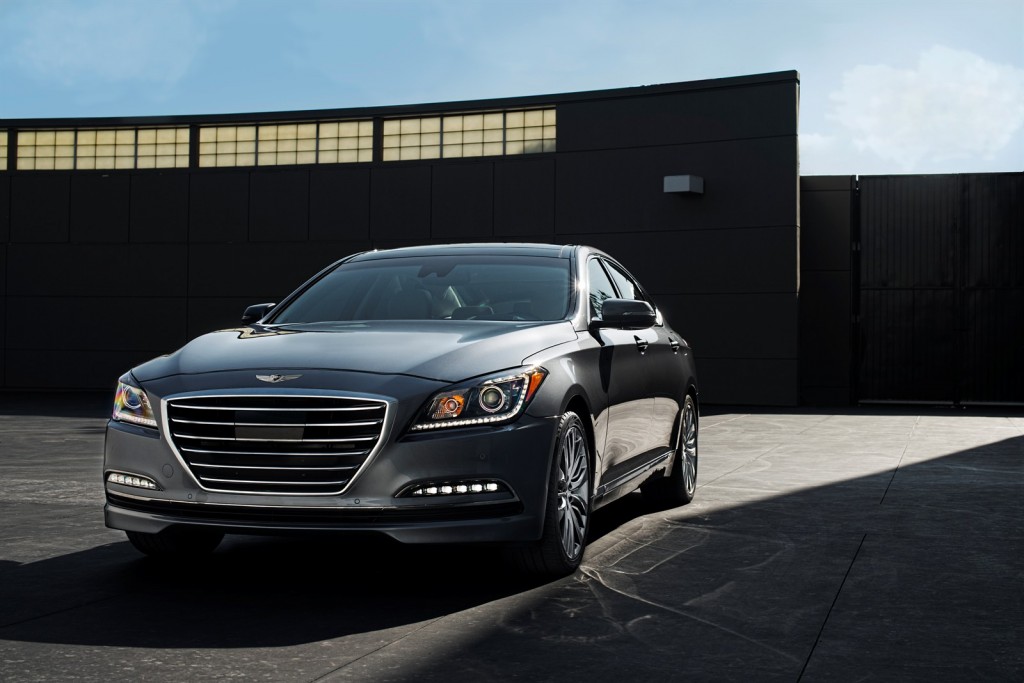