2015 Jeep Cherokee Trailhawk Is the Four Wheeler of the Year 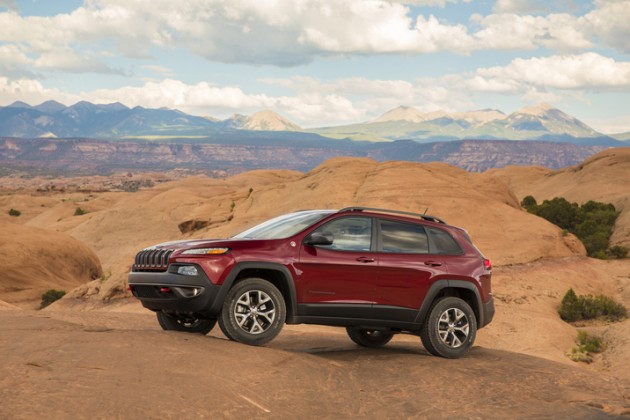 Last week, Four Wheel Magazine named the 2015 Jeep Cherokee Trailhawk its Four Wheeler of the Year, an annual award meant to highlight the very best in off-roading. The award has been largely dominated by Jeep, which has taken home the prize more than 30% of the time since the award’s inception. In fact, Jeep has won the Four Wheeler of the Year award 13 times over the years, even earning the very first distinction for the 1974 Jeep Cherokee.

It’s no surprise that the Cherokee Trailhawk took home top honors; the model is the most capable in the mid-size SUV segment. It’s also got a nine-speed automatic gearbox that is exclusive to the segment, which helps it achieve up to 31 miles per gallon on the highway. The Trailhawk 4×4 even boasts more than 70 advanced safety features—just in case an off-road adventure takes a turn for the worse.

Before selecting the 2015 Jeep Cherokee Trailhawk as the Four Wheeler of the Year, the carefully selected judges (i.e. editors from the magazine) took the competitors to the streets (and the not-streets) for more than 1,000 miles of testing. The vehicles tackled the typical pavement, but also sand, rocks, mud, snow, gravel, and dirt, at sea level and all the way up to heights above 9,000 feet. Ultimately, it was pretty clear that the Cherokee Trailhawk was the standout performer.

But then, it was probably pretty clear before the testing even commenced. It is, after all, a Jeep.