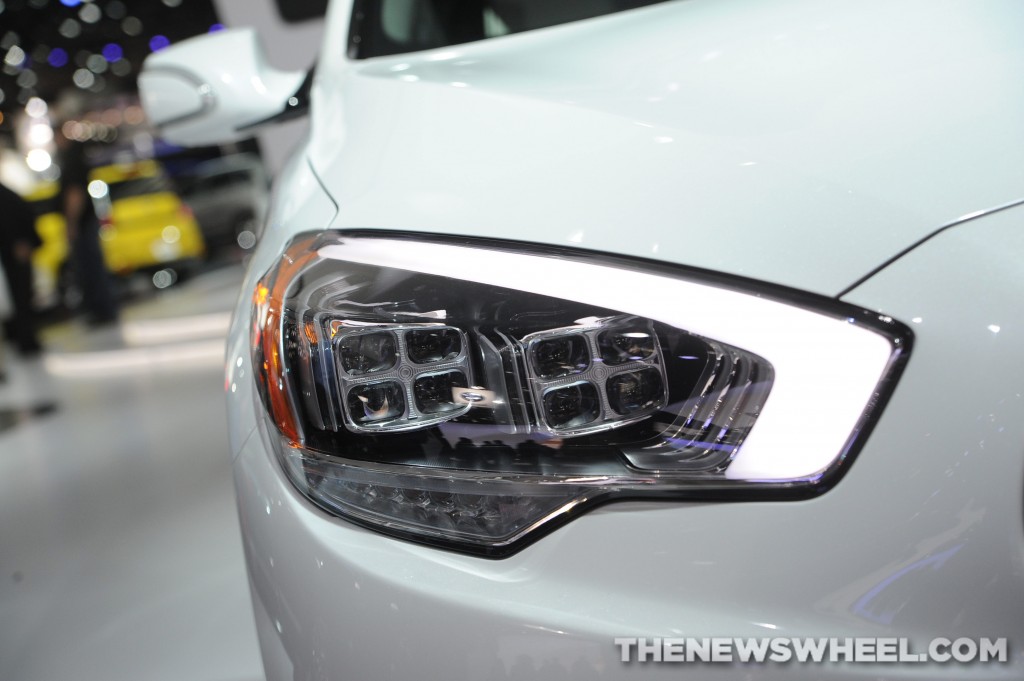 Ever since Kia announced its entry into the luxury market with its upcoming rear-drive flagship sedan, the Kia K900, we’ve been dying to know what it’ll go for. Kia’s sister brand, Hyundai, starts the 2014 Equus luxury sedan off at $61,250, so we anticipated similar pricing. Kia finally answered our question (partially) when it released the 2015 Kia K900 configurator.

We say partially because the configurator only allows you to mess around with the 5.0-liter V8 option, so those of you wanting the 3.8-liter V6 will have to hold out a little longer (but rest assured that it’ll come at a lower price tag). The V8-powered K900 (Luxury trim) has an MSRP of $59,500, plus $900 destination.

For that $60,400, drivers will get an engine that pounds out 420 hp but that yields only 23 mpg highway. This powerful, albeit inefficient, powertrain is paired with an eight-speed, shift-by-wire automatic gearbox. Other features include LED headlights with an Adaptive Front Lighting System, as well as a Lexicon® Surround Sound System with 900 Watts and 17—yes, really—speakers, a panoramic sunroof, and a heated steering wheel, among many others.

Look out for the K900 this spring, when it begins to hit dealer lots and roadways across the country.