2015 Lincoln Navigator to Bow in Chicago 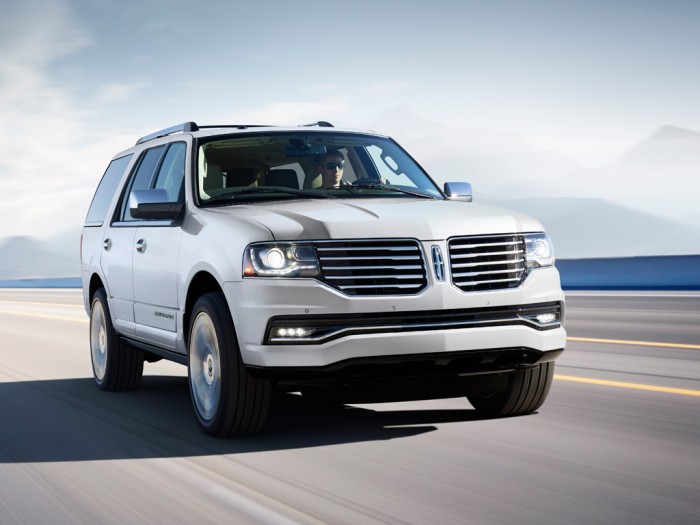 The Chicago Auto Show begins next week, and Lincoln is gearing up for its second big debut of the calendar year. (We first saw the all-new Lincoln MKC at Detroit earlier this month.) Next on the agenda is the 2015 Lincoln Navigator, which takes its bow on February 6.

The front end is described as “sleeker” while the rear sees the addition of a power up/down tailgate. Both front and back will sport LED lights and HID adaptive headlamps. The 2015 Lincoln Navigator sits on 20-inch, machined aluminum wheels (the Reserve Package bumps those up to 22-inch, polished aluminum) and is available in two different lengths—standard (at 207.4 inches) and extended (at 222.3 inches).

The interior is marked by signature Lincoln luxury. The Reserve Package includes leather for all three rows of seating, the armrests, transmission shifter, and center console. The Navigator also features premium Ziricote wood trim (new to the industry) that is commonly found in yachts, so that drivers can cruise in style. Yes, we went there. 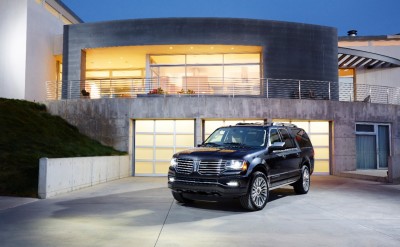 Drivers of the extended-length Navigators will get an impressive 128.2 cubic feet of cargo space behind the first row, 86.2 behind the second, and still 42.6 behind the third.

For more power and efficiency, Ford’s signature 3.5-liter EcoBoost engine will be taking over the 2015 Lincoln Navigator. The 2014 Lincoln Navigator and other preceding versions were powered by a 5.4-liter V8 that offered surprisingly less power and unsurprisingly less fuel efficiency. Lincoln estimates 370 hp and 430 lb-ft of torque for the newly added twin turbocharged, direct injection engine, and also expects it to offer best-in-class towing.

The EcoBoost will be paired with a six-speed automatic transmission featuring Lincoln’s SelectShift (allowing for manual shifting if the driver wants). Drivers can also choose between rear-wheel-drive and four-wheel-drive platforms for the Navigator. In addition, electric power-assisted steering is standard, and the Lincoln Drive Control (with Continuously Controlled Damping) is optional. (We recommend it, as it will monitor various vehicle sensors, as well as road conditions, literally every two milliseconds to ensure suspension is adjusted appropriately.)

There’s no shortage of technology for the 2015 Lincoln Navigator either. Illuminated “welcome mats” beneath the front doors of the Navigator will light up to greet drivers when they unlock the car via the key fob. The Navigator also features a passive entry system, a push-button start, and SYNC® with MyLincoln Touch™ with a 4.2-inch LCD display and an 8-inch touchscreen in the center stack. Safety is a prime concern for Lincoln, and the Navigator is well-equipped to protect its occupants. A Blind Spot Information System is offered, but standard for the Navigator is a rearview camera.

Look for the 2015 Lincoln Navigator to hit dealerships this fall. 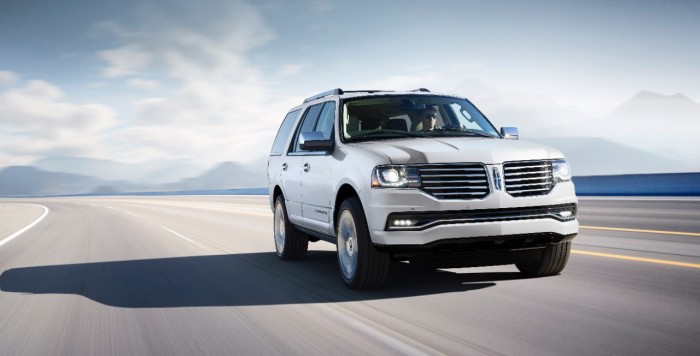