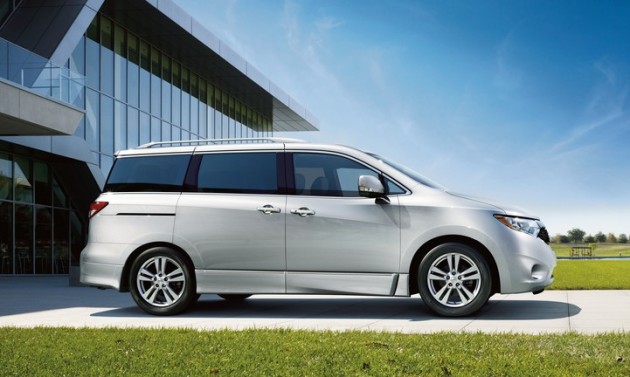 Nissan is rolling out the 2015 version of its Quest minivan, and it has announced that the latest model will boast a $26,530 starting price (not including the $885 destination and handling fees), which marks a $310 increase over the 2014 model.

The biggest amendments made for the 2015 Quest include the addition of D-Step Shift logic to the Xtronic transmission, a 5.0-inch color display for audio to replace the outgoing 4.3-inch display, and a combined and highway fuel economy improvement of 1 mile per gallon (27 mpg highway and 22 mpg combined).

More from Nissan: Nissan To Offer No Charge To Charge Stations for the LEAF

The number of available trims remains the same, but the line-topping trim formerly known as the LE is now known as the Platinum level. In addition to a snazzy new name, the Quest Platinum adds Moving Object Detection technology to the standard AroundView Monitor.

The Quest SV will start at $30,280, the SL starts at $34,060, and the Platinum starts at $43,180 (not including destination and handling). Standard features across all trims include one-touch power sliding doors, fold-flat second and third row seats, and Advanced Climate Control System.