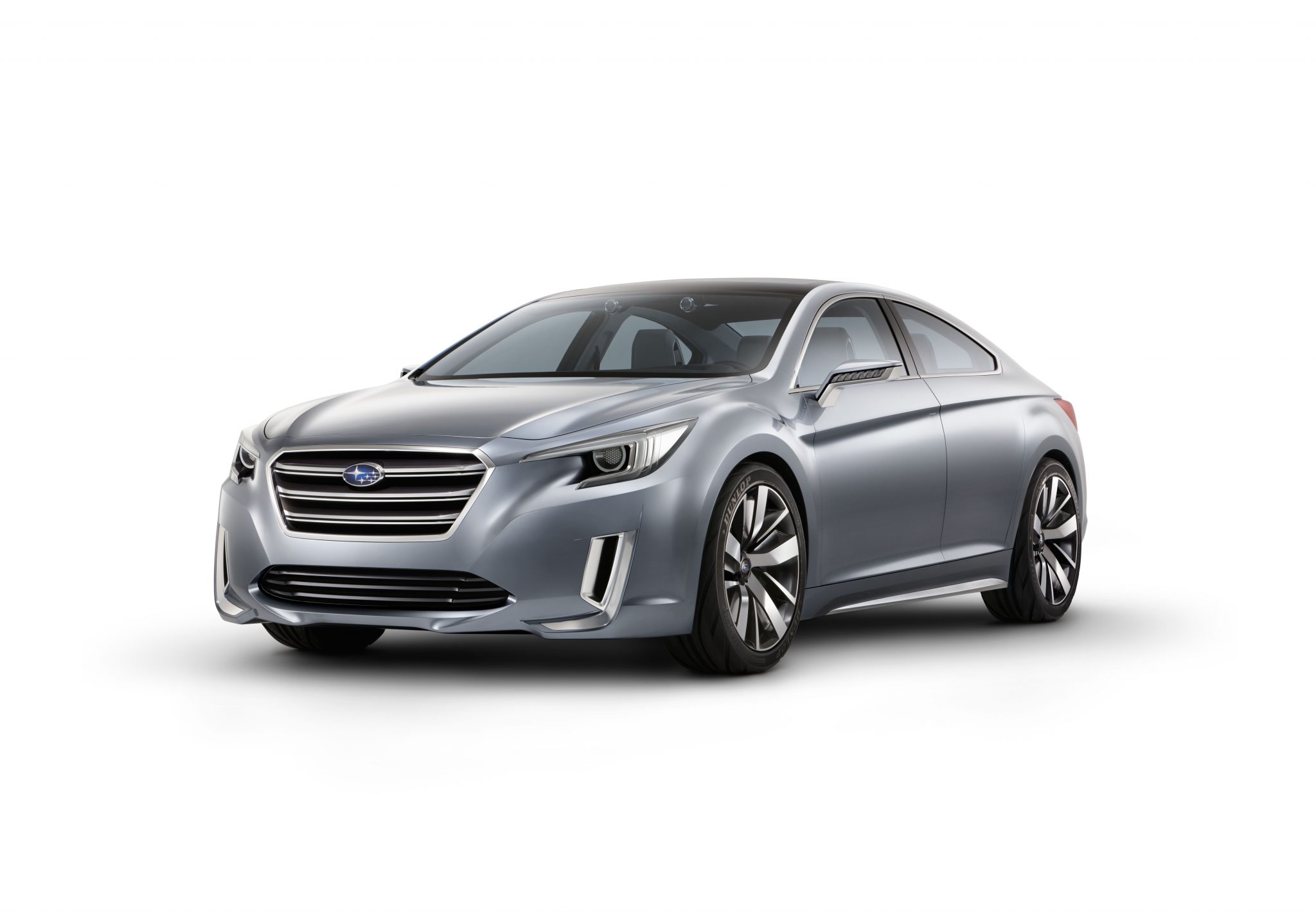 The 2015 Subaru Legacy Concept made its world debut yesterday at the LA Auto Show, arguably even stealing the thunder of Subaru’s WRX, which also bowed at the show in Los Angeles this week. Subaru didn’t give us any of the stats we really wanted for this concept, like performance figures or even fuel economy estimates. The automaker, did, however leave us with the dimensions of the Legacy Concept: 4,930 mm long, 1,940 mm wide, and 1,500 mm tall, with a wheelbase that spans 2,880 mm.

The concept was unveiled with a custom Ocean Silver Metallic paint scheme, 265/40 ZR 21-inch wheels, and a new hexagonal grille and hawk-eye headlamp design. Other notable traits include the bootlip spoiler and the rear bumper, which houses an array of goodies, dual tailpipes and aluminum silver garnishes among them. The Legacy Concept also sports an angled gearbox (to match the driver’s seating position), as well as a 3-spoke steering wheel. And, to top it all off, the next-gen Legacy may just have this concept’s S-AWD system. 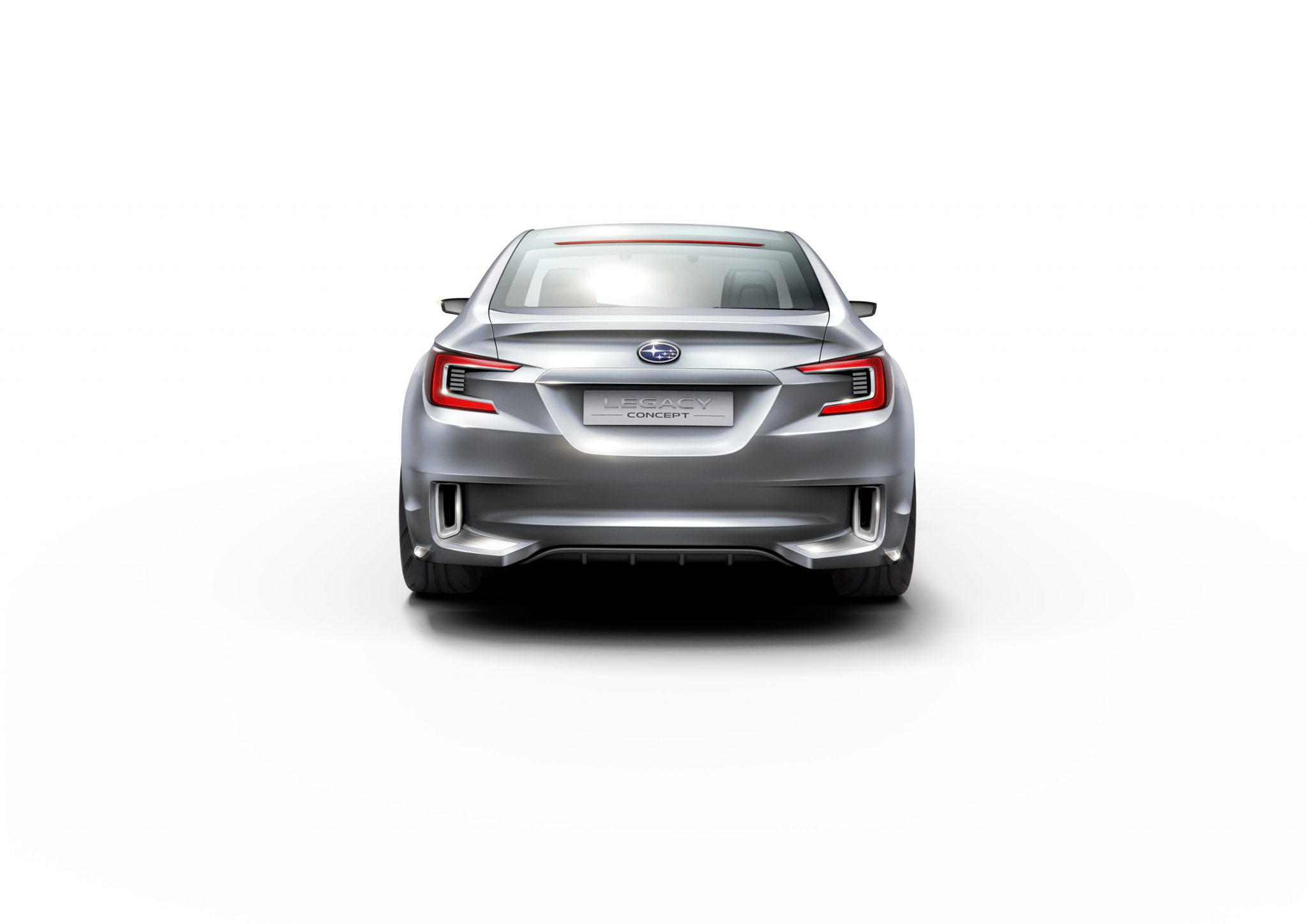 Which leads me (and probably you) to this question: just how much of the 2015 Subaru Legacy Concept will spill over to the 2015 Legacy production model? We can’t be entirely sure, but I’d expect to see much of the concept’s design language and features carried over into the production model. In fact, during the press conference, Subaru announced that the concept “expresses the design direction of the next-generation Legacy mid-size sedan,” so I’d say chances are good that we’ll see something pretty similar to the concept.

I anticipate that we could see the production version of the 2015 Subaru Legacy Concept as soon as next year. Why? Because 2014 is the 25th birthday for the Legacy (which hit roadways back in ’89), so it’d only be fitting that this beaut took to the streets to mark the occasion, right?

S’pose we’ll have to wait and see.

A front view of the 2015 Subaru Legacy Concept

Another view of the 2015 Subaru Legacy Concept

A rear view of the 2015 Subaru Legacy Concept