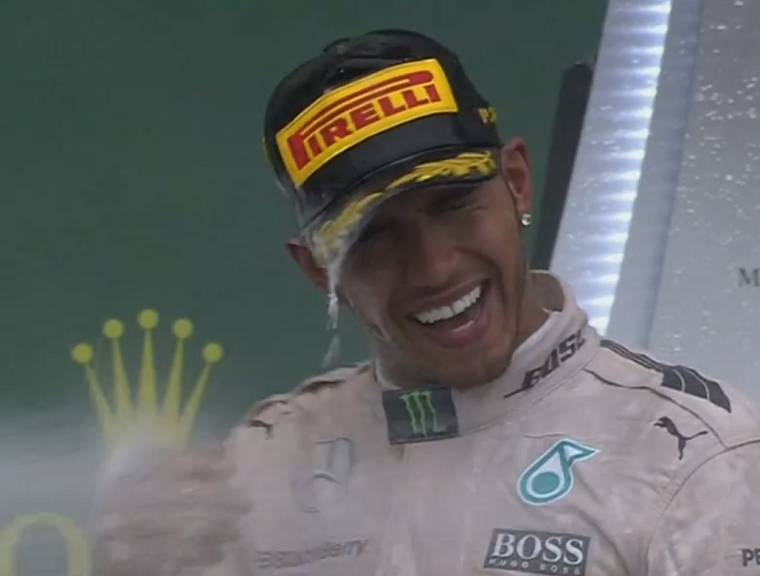 Nothing like champagne to mix with the sweat after a race.

There will be no easy way to summarize this Grand Prix. The weekend was not punctuated but rather flooded by episodes of heavy rain, marked by important safety car periods, and highlighted by excellent driving all around. The race itself was as chaotic as it was entertaining, and it was quite entertaining.

First—qualifying. Or rather, the lack of it. More than 8 inches of rain fell on Saturday, and rather than see cars battle it out for the top spot on the grid, those who tuned in to qualifying were treated to four hours of delays and then an announcement that the whole thing would be postponed to the morning of the next day, just hours before the race.

When the official qualifying session did get under way, a new deluge threw another wet wrench into proceedings. Q3 was canceled and the results from Q2 were used to dictate the starting grid—with Rosberg on pole for the third consecutive race, trailed by Hamilton, then the two pairs of Red Bull and Force India drivers. Dual 10-place grid penalties placed both Ferraris near the back.

Though the rain had subsided, the race started on a wet track. As in previous races, Hamilton didn’t need an invitations to get by his teammate. He somewhat rudely forced him off the track at the first corner and went on his way, leaving Rosberg to climb back from 4th place. 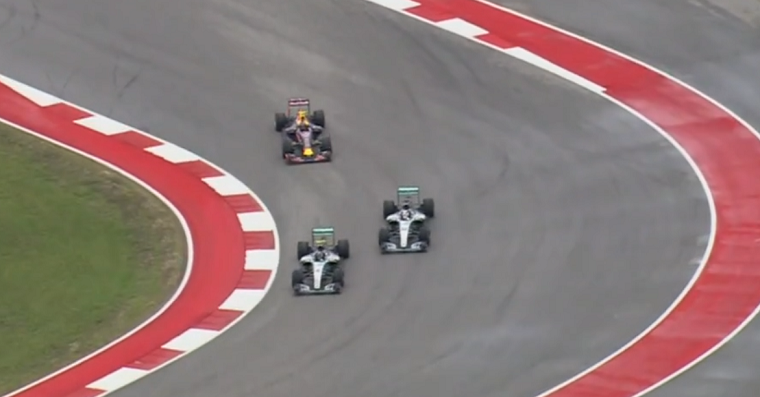 The wet conditions made for very close racing.

That wasn’t going to be easy, because the conditions were very favorable to the Red Bull cars in front of him. Kvyat was all over Hamilton before he went wide and lost time, and Ricciardo even managed to take the race lead on lap 15. Soon after, Rosberg overtook Hamilton as well, then got past Ricciardo when the latter pit.

All the while, Vettel and Räikkönen were climbing up the field, though Verstappen was making it difficult for the both of them. On lap 10, Räikkönen went wide, over the dirt and into the wall, and miraculously wrenched his car back to the track—though he was eventually forced to retire from the damage caused. 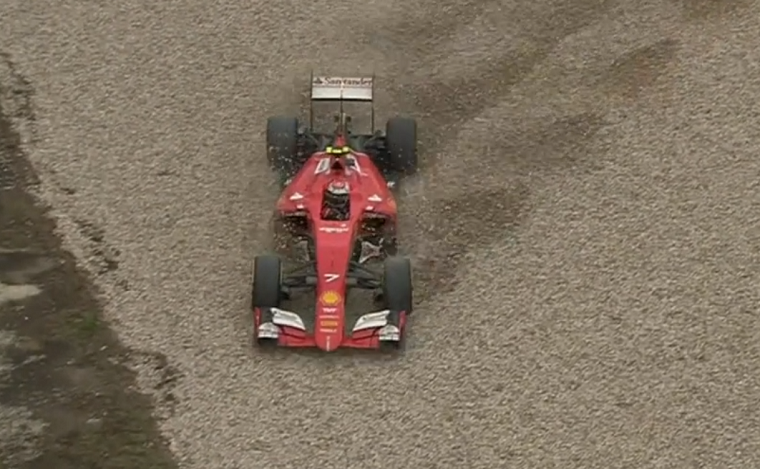 The Red Bulls began to struggle after the track dried, allowing Mercedes and Vettel to get past them with relative ease. Rosberg quickly created an 11 second gap to Hamilton, only to see his efforts dashed by a safety car when a loss of power forced Ericsson to come to stop in a compromising spot of the track.

Vettel used that opportunity to make a gamble: he switched on to the medium-compound tires, hoping to secure a top 2 finish by not having to pit again. It didn’t work, because another safety car came out when Kvyat crashed just before the final corner. Rosberg got the worse end of it, though, as he had much fresher tires than his teammate and was in a commanding position to win the race. The safety car put Hamilton back into contention, who ultimately had an easy time taking the lead when Rosberg spun his rear wheels and went off-track.

In the end, after a wet start, two safety cars and two virtual safety cars, numerous lead changes and battles for the podium, and eight retirements, the final top 3 looked remarkably familiar: Hamilton, Rosberg, and Vettel. Crucially, finishing ahead of the latter two podium regulars meant that Hamilton had secured his third World Championship title. And all that was just for the lead of the race! Just to make the whole thing even more exceptional, Button somehow managed to bring home 6th place for McLaren, Rossi finished 12th at his debut and home Grand Prix, and none other than Elton John conducted the podium interviews. 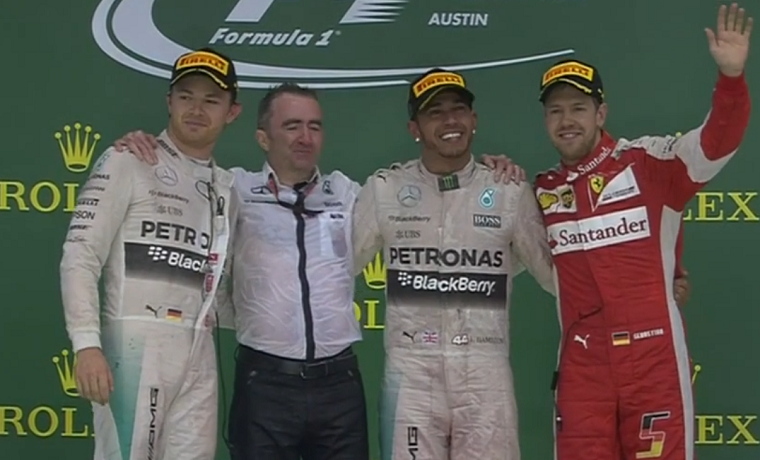 That leaves just three races to go in the season. I wonder if Hamilton will wind down or fight just as hard for wins now that he has the championship in the bag. Regardless, Rosberg and Vettel will surely give it their all for 2nd place overall.

The next race takes place this weekend in Mexico for the first time in 23 years!