The 2016 GMC Terrain gets its first full update since 2010 with a refreshed exterior, improved cabin, and new features. 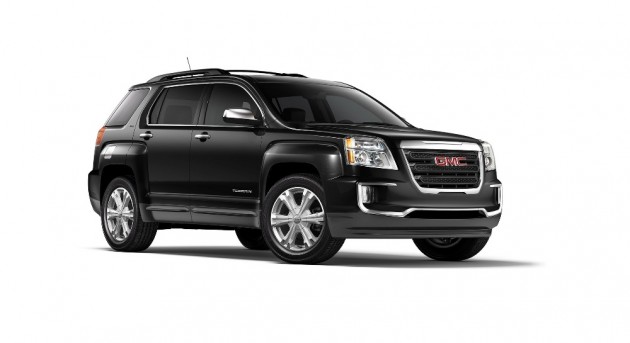 The 2016 GMC Terrain is a small SUV that combines styling, utility, and efficiency. Through superior engineering, the 2016 Terrain presents consumers with a bold style and luxurious interior that offers an unprecedented amount of sophistication from the model.

The 2016 GMC Terrain still sports the boxy faux-military look that made it popular in the first place, with bold, upright lines giving it a distinctive macho look. New designs bring C-shaped highlights at the front and rear corners as well as LED running lights in the front bumper on upper trims. It doesn’t feel reserved like some other competing crossovers and it features numerous military-grade details to demark it from its Chevy Equinox cousin. 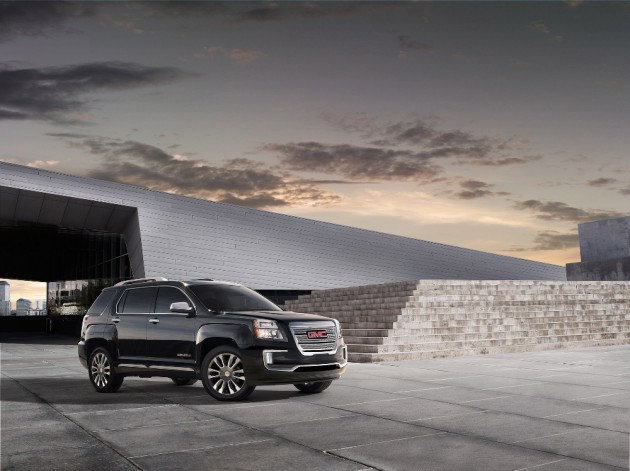 The base drivetrain in the 2016 GMC Terrain combines a 2.4-liter direct-injected four-cylinder engine with a six-speed automatic transmission. Total output of 182 horsepower and 172 pound-feet of torque. If you’re usually filling the seats and the trunk, you’ll probably want to upgrade to the 3.6-liter direct-injected V6, which makes 301 hp and 272 lb-ft of torque. With it, all-wheel drive becomes an option, and towing capability rises to 3,500 pounds. 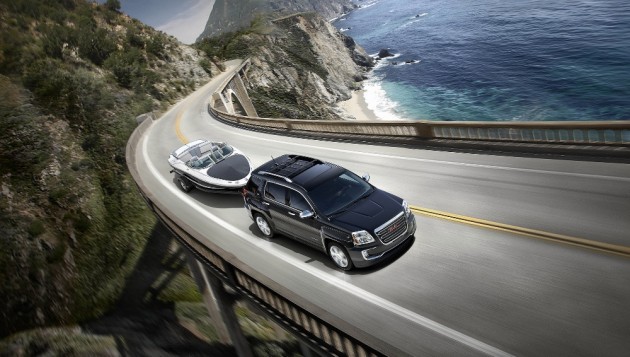 Fuel economy values have yet to be announced for the 2016 GMC Terrain, but given that the powertrain is about the same as for the previous model, we can expect up to 22 mpg city and 32 mpg highway with the base engine, thanks to its fuel-saving selectable Eco mode in the cockpit. It can also run on the cheaper E85 fuel. The V6 will be closer to 17 mpg city/24 mpg highway, with those values dropping by 1 each when AWD is equipped.

The 2016 GMC Terrain’s seats up to five, with enough space to make at least four adults very comfortable. The rear seat can slide 8 inches to give either passengers or cargo the priority, with as much as 31.6 cubic feet of storage available. The center stack has been tastefully reshaped with new button graphics and large, vertically-oriented vents flanking the controls, creating a shield shape that attracts all the attention. Standard features include a USB port, ambient lighting, and a power driver seat.

Interior Available on the 2016 GMC Denali: 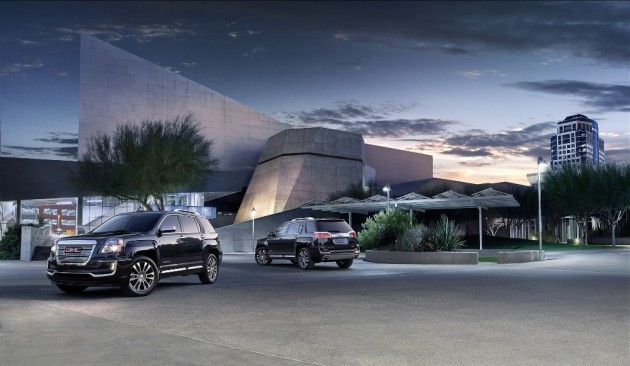 The new Terrain has earned an overall four-star safety score from the National Highway Traffic Safety Administration (NHTSA), making it one of the safer options in its segment. Through its combination of fuel-efficient, yet powerful engines and a myriad of innovative technologies, the 2016 Terrain offers something for every consumer.

Road Trips: All in the Family: Tips for Traveling with Pets