2016 Honda Accord Debuts in Silicon Valley 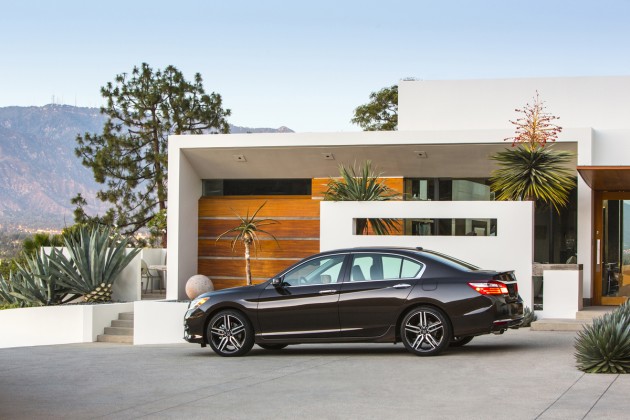 The refreshed 2016 Honda Accord

The refreshed 2016 Honda Accord debuted today at the Japanese automaker’s brand new Silicon Valley facility, for the purpose of highlighting the car’s technological upgrades and advanced connectivity.

The new Accord is the first Honda vehicle (and among the first mainstream cars on the market) to feature Apple CarPlay and Android Auto, which allow smartphone users to sync their devices to their vehicle. Accord drivers will be able to access their iPhone or Android’s apps on the sedan’s new 7-inch Display Audio touchscreen interface. 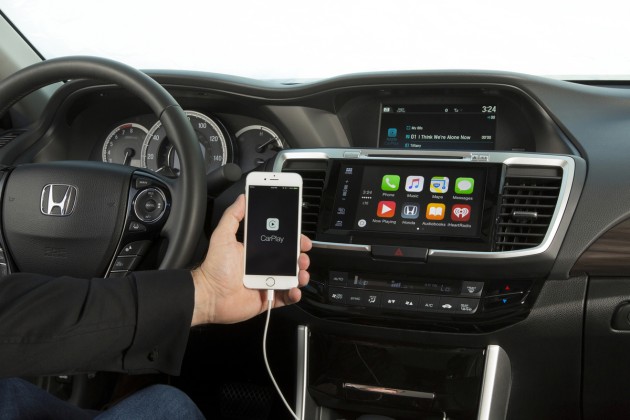 Apple CarPlay at work in the new Accord

Other tech upgrades include HD Radio and Honda Sensing, which the automaker calls the most comprehensive suite of safety and driver-assistive technologies in the midsize car segment. Other new tech features will be revealed in the coming weeks (details on the hybrid model will also be divulged at a later date).

“Where else to introduce the most technologically advanced midsize sedan, the 2016 Accord, than in Silicon Valley?” asked Honda executive John Mendel. “Customers want their vehicles to be more intelligently integrated with their smartphone-powered lives, and we are committed to delivering that experience starting with Accord, retail car buyers’ most popular vehicle the past two years.”

The new Accord has been redesigned to have a sportier, more Acura-like face, with similarly sophisticated styling for the rear bumper fascia. New LED fog lights and restyled LED taillights also differentiate it from the 2015 model. 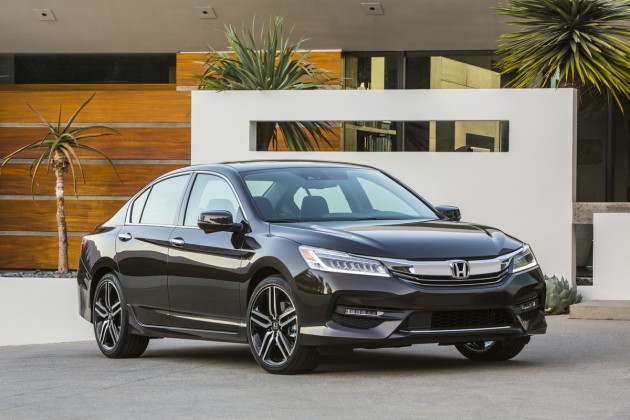 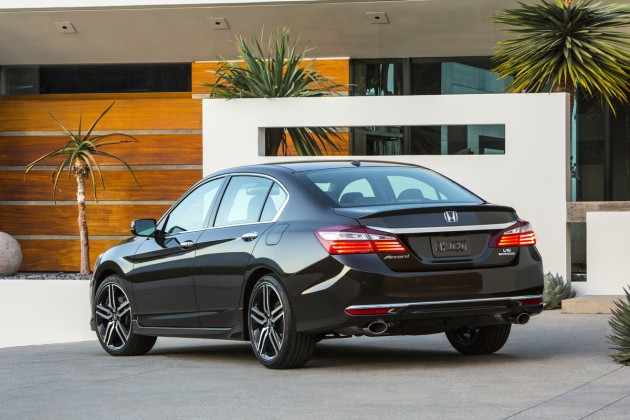 There will be two powertrain options, including a direct-injected 2.4-liter inline i-VTEC 4-cylinder and a 3.5-liter VTEC V6, the latter being the most powerful engine ever offered in a Honda sedan.