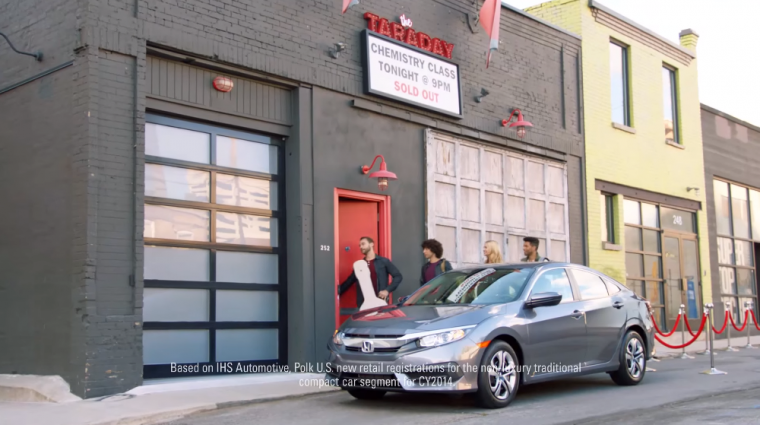 Wow, they sold out The Taraday?!? These kids are going places!

Everybody has a good band name up their sleeve, just in case they ever need one.

I’ve never taken guitar lessons and I have a fairly unimpressive singing voice, but if anyone ever wants to form a band around my ability to play lead tambourine, we’re going to be the Japanese God-Jesus Robots. Why? Because it’s a brief phrase Elvis Costello sings in his rambling “Tokyo Storm Warning” that I think sounds cool.

Someone in Honda’s marketing department must think like me, because in the new 2016 Honda Civic commercial “Band,” the titular rock group that is seen driving the new Civic is named Chemistry Class. Which, I can only assume, is a reference to the song “Chemistry Class,” from the B-Side of Elvis Costello & The Attractions’ 1979 new wave masterpiece Armed Forces. (Or, you know, maybe the fact that I’m reading Costello’s autobiography right now is slightly coloring my perception of car commercials…)

Anyway, here’s the ad in question:

Clearly, Honda thought that Chemistry Class would be its contribution to the Rocklopedia Fakebandica, the world’s preeminent encyclopedia or fake bands (yes, this is a real book, and it’s great, even if I personally disagree with author T. Mike Childs’ controversial decision to include The Monkees).

But guess what—there already is a band called Chemistry Class! A real one, with their own guitars and everything!

Unlike Honda’s attractive and multicultural Chemistry Class, the real band is (like most rock bands) a bunch of white dudes, plus a girl on bass. Also, I think they’re German, based on names like Bruno Hochstrasser and Sascha Hümbeli, and photos like this one: 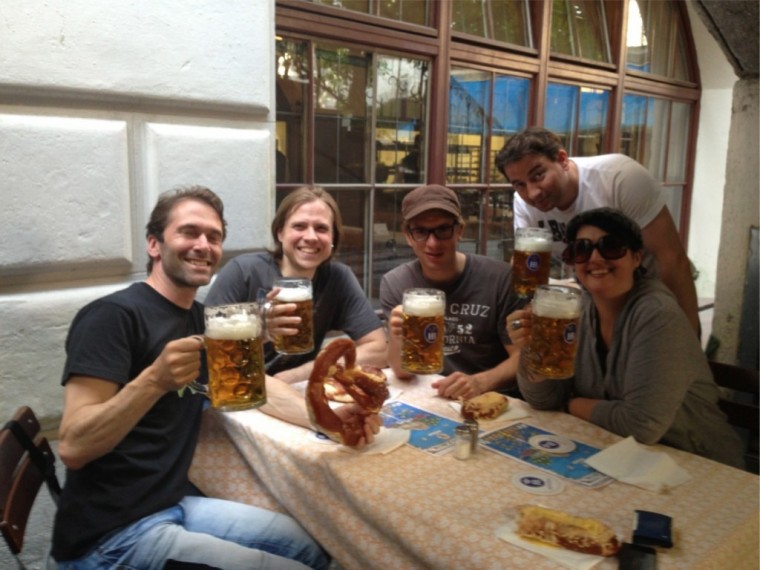 They’re music is in English, though, and available on iTunes. You can listen to demos for free on their website.

Mostly, I’m just surprised that no one involved in the making of this Civic commercial took a second to Google the name “Chemistry Class,” just to confirm that it wasn’t a real band name. Next time, Honda, I’ll let you guys use my Japanese God-Jesus Robots name for free.