2016 Honda Civic Tour Artists to be Announced in New York 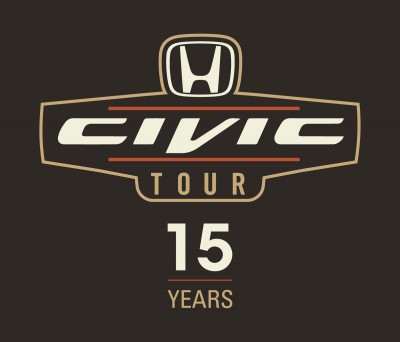 Honda just put out a press release that promises to “heat up New York” and opens with the words “attention music fans,” so you know they mean business. And what exactly should you melody-loving Millennials be paying attention to? The reveal of which artists will be taking part in the 2016 Honda Civic Tour, set to be announced in NYC at 2:20pm on Tuesday, March 22nd, one day before the start of the New York International Auto Show.

Music fans will be able to livestream the announcement on YouTube at www.YouTube.com/Honda. Honda will divulge details of the tour, including its headlining acts, while also debuting a 2016 Civic sedan that has been exclusively designed and autographed by one of the featured artists. The custom Civic will be on display at each tour stop, and fans will be able to enter for a chance to win the car.

A custom Grom motorcycle, flyaway trips, and special meet and greets with Civic Tour artists will also be given away. Full contest rules and details will be posted on HondaCivicTour.com following the press conference.

Other performers that have been featured on the Honda Civic Tour over the last decade and a half include Maroon 5, Linkin Park, My Chemical Romance, Paramore, blink-182, The Black Eyed Peas, Fall Out Boy, Everclear, Incubus, Good Charlotte, New Found Glory, Dashboard Confessional, and Panic! at the Disco.

So tune in to YouTube on March 22nd to find out where the next band will fall on the scale of “pretty good” (Fall Out Boy) to “oh God please make it stop” (Black Eyed Peas).