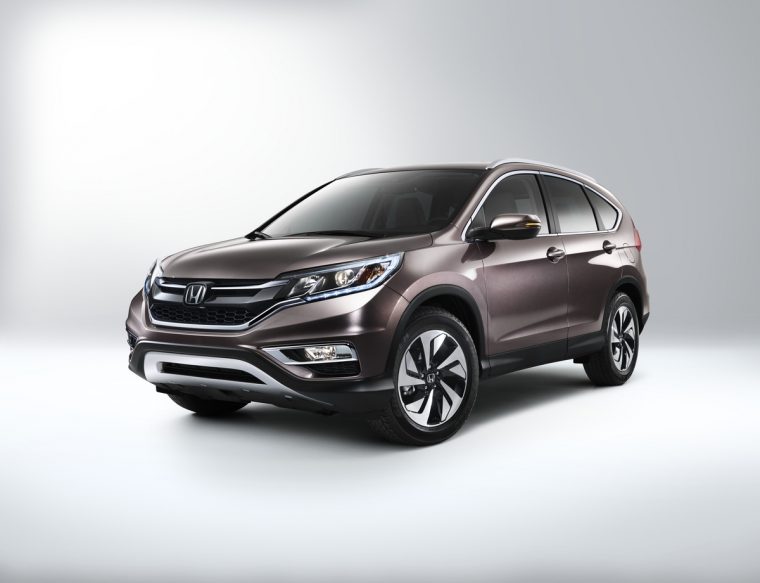 Honda has announced pricing details and EPA-estimated fuel economy ratings for each trim level in the 2016 Honda CR-V lineup, including the all-new Special Edition model.

The Special Edition CR-V slots in above the base LX trim, costing $800 more and differentiating itself with larger 17-inch alloy wheels, an exclusive two-tone finish, second-row and rear privacy glass, and a security system.

The CR-V SE trim is the only thing new about Honda’s popular SUV, which returns unchanged from the 2015 model year, when the CR-V received a major refresh that added a new 2.4-liter four-cylinder engine, redesigned exterior and interior styling, and new standard and available features.

A full list of pricing and EPA-estimated fuel economy figures for all 2016 Honda CR-V trims appears below: 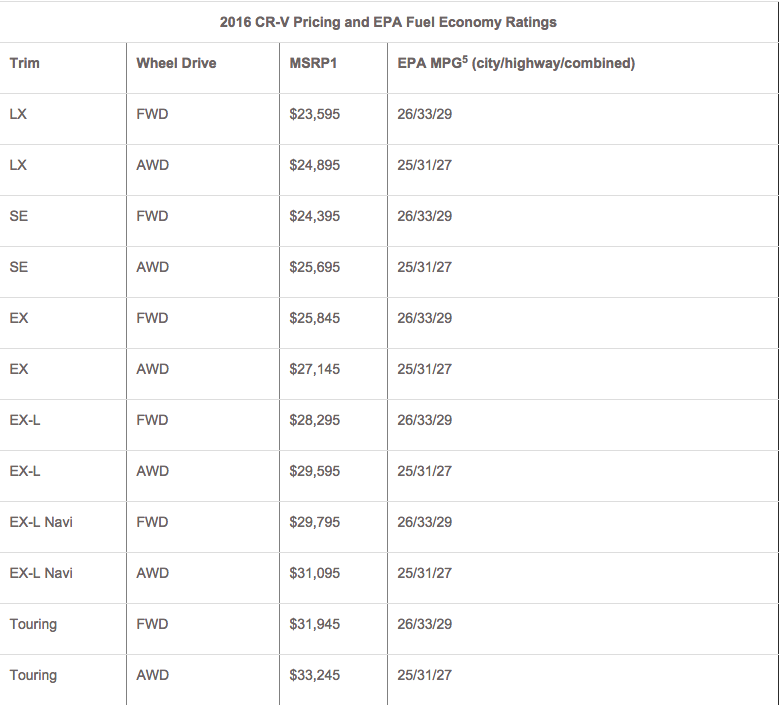