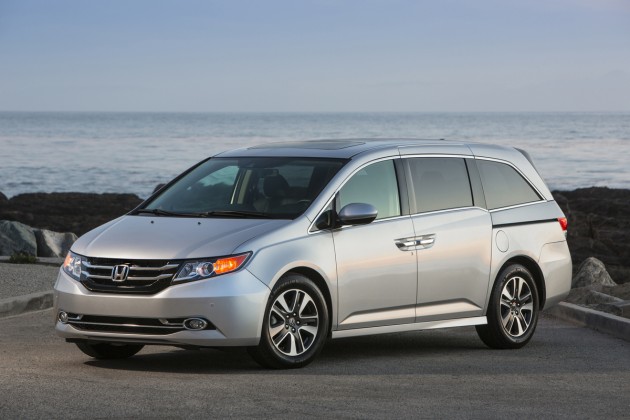 Today Honda released the official pricing details and fuel efficiency estimates for the new 2016 Odyssey minivan, which carries a Manufacturer Suggested Retail Price of $29,275. That price applies to the base LX trim, and does not include the $880 destination fee.

That’s $300 more than the outgoing 2015 Honda Odyssey LX. All other trims have received a $150 price increase over their 2015 counterparts.

New for 2016 is a Special Edition (SE) trim, which has an MSRP of $33,375, and offers premium features including a Rear Entertainment System (RES) for kids, a 115-volt power outlet incorporated into the RES control panel, SiriusXM satellite radio, and a HondaVAC in-vehicle vacuum cleaner. 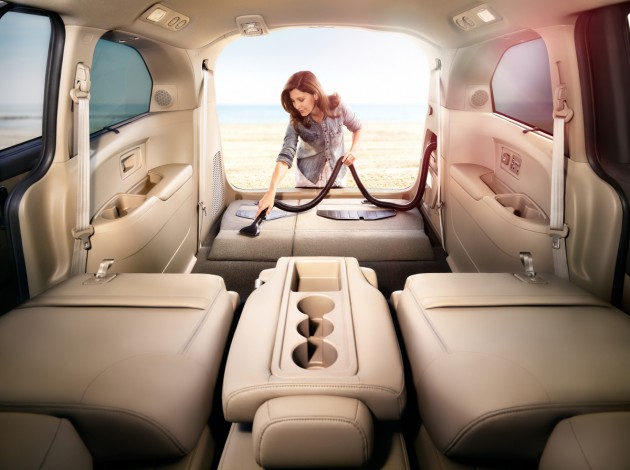 “Our Odyssey customers have told us some of the features they value most and we have packaged these in the new Odyssey SE model to create a special value edition that we know American families are going to love,” said Honda executive Jeff Conrad in a statement.

All 2016 Odysseys are powered by a 3.5-liter, 24-valve i-VTEC V6 engine mated to a 6-speed automatic transmission. The motor yields 248 horsepower and 250 lb-ft of torque, and has received EPA-estimated fuel economy ratings of 19 mpg in city driving, 28 mpg on the highway, and 22 mpg in combined traffic. All trims feature the same powertrain and efficiency numbers.

Full 2016 Honda Odyssey pricing figures can be seen below: 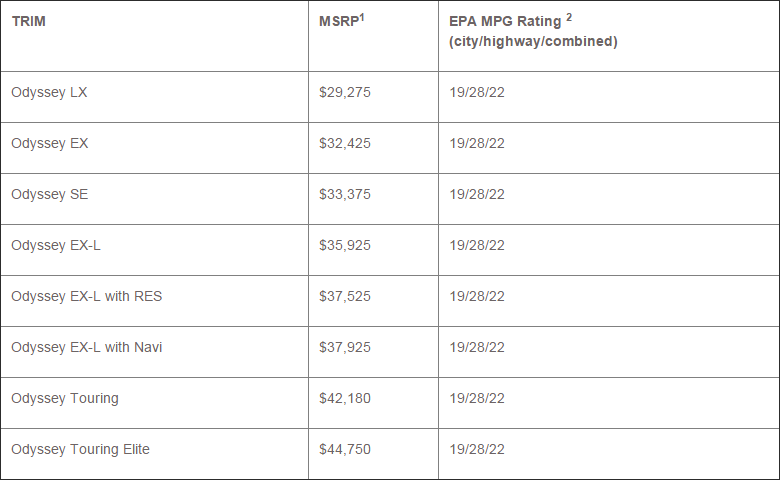